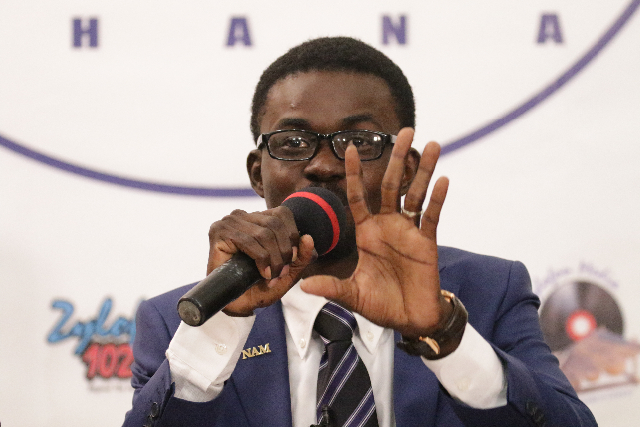 Aggrieved investors with Menzgold say their hopes have been dashed after the company’s much-awaited press conference failed to address their fears over locked up cash.

“Honestly speaking after listening to [the Chief Executive] Nana Appiah Mensah we are very disappointed,” the spokesperson of aggrieved Customers of Menzgold, Francis Owusu told Joy News’ TopStory on Monday.

“We simply wanted to know when and how he was going to pay us but in the end, he came up with demands. We are very disappointed,” an exhilarated Mr. Owusu said after waiting for 12 months for his money.

Together with a friend, their Gh 84,000 is sitting in a joint account in the now-defunct gold dealership, Menzgold.

The Securities and Exchange Commission closed down Menzgold in October 2018 for engaging in deposit-taking without licence.

The CEO, Nana Appiah Mensah is standing trial for defrauding by false pretense and money laundry.

At Monday’s press conference he intimated that he can only pay his customers after the government unfreezes his personal and company accounts which have been held by investigators.

This will enable him to utilize these  “as vehicles to get productive in other to meet our liabilities, owed to our customers and some business associates in our bid to resolve our liabilities immediately.”

He also wants the government to help him collect some $30m due him from a business partner in Dubai.

The aggrieved customers have called on the government to accede  Mr. Mensah’s demands.