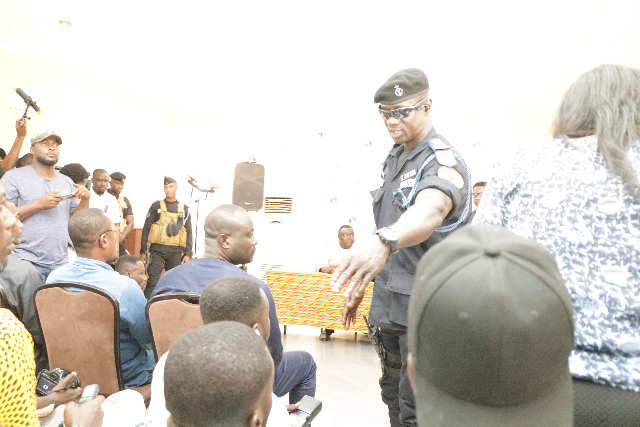 A picture is worth a thousand words and myjoyonline’s photojournalist David Andoh tells the story of CEO of Menzgold, Nana Appiah Mensah’s meeting with the press in style.

The conference was called to address hordes of clients whose investments have been locked up since the collapsed of his firm in October 2018.

It is his first public address since his nine months of detention in the custody of Dubai and Ghanaian security agencies.

In Ghana, he is standing trial for defrauding by false pretence and money laundering.

These cases relate to operating what has been described as an unauthorised deposit-taking.

The press conference addressed how clients whose investments have been locked up will be paid.

Among other factors, the payments are premised on a condition of government unfreezing his personal and business accounts, which were frozen as part of investigations into his alleged illegitimate businesses.