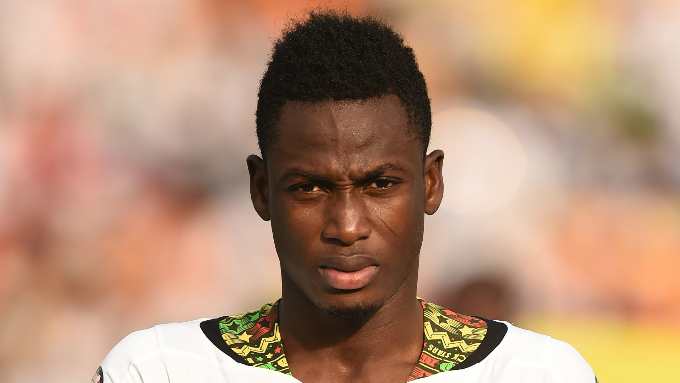 Black Meteors captain, Lawrence Lartey, believes the inclusion of Baba Rahman and Frank Acheampong will provide his team with the needed boost to see off Congo in the second-leg of their 2015 CAF U-23 Championship qualifier.

Lartey contends that his former U-20 teammates — Rahman, who plays for Augsburg in Germany and Acheampong, who plays for Anderlecht in Belgium — are regulars with their clubs in Europe and should be invited if their services were required by Coach Malik Jabir.

"The coaches saw everything that happened in this game, so they know Baba Rahman and Frank Acheampong and will decide if their services will be needed," the Ashgold stopper said at a post-match press briefing after the Meteors defeated Congo 1-0 last Saturday through a 44th minute goal by Enoch Ebo Andoh.

"They are playing day-in and day-out in their clubs so if they are included, it will help us."

He also stressed that the Meteors would put up a better performance in Congo after seeing the Congolese in action for the first time.

"Sure, as my coach said earlier, we didn't know them but now we know them.

"The coaches will draw a strategy so that when we go there we will match them boot for boot and secure qualification. If the referee will be like the way he was, I believe we can come out with a good result".

The coach of the Meteors, Malik Jabir, disclosed that he already planned to hand calls to several "known-players" for the second leg of the qualifiers.

"We have started doing that but in a very mild way. My thinking was that let's start with the unknown ones so that maybe we will be able to get one or two to join the Black Stars later.

"But the way things are going if we will need to bring down some of the senior players to beef up the team, I think there will be nothing wrong with that. Yes, we will need them, we will."

Coach Jabir also revealed that Kumasi Asante Kotoko striker, Dauda Mohammed, came on as a substitute because he returned from sick-leave only three days ago.