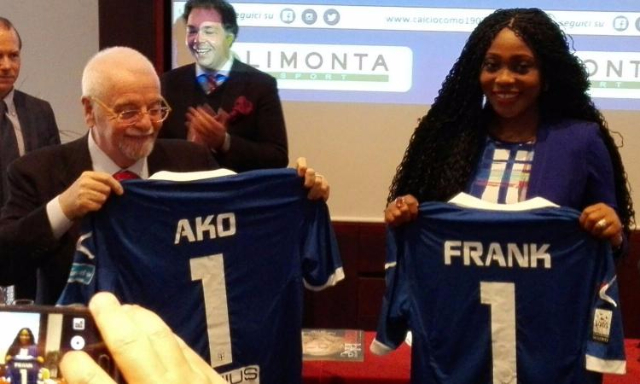 Puni Essien has found it difficult running the lowly rated club that she bought at a bankruptcy auction in March for €237,000 and became President.

It appeared all rosy when she acquired the club but her experience could be very short-lived indeed as a deadline passed to register the club with the FIGC (Federation) because the cheque bounced, according to Il Messaggero.

The deadline for registering for the Lega Pro 2017-18 season is this Saturday , but without FIGC affiliation, that is not possible

As things stand, Calcio Como would be forced to begin again from the amateur leagues.

New Coach Mark Iuliano, a former Juventus defender, was presented to the fans, but no new players were signed so far this summer and that began to raise questions.