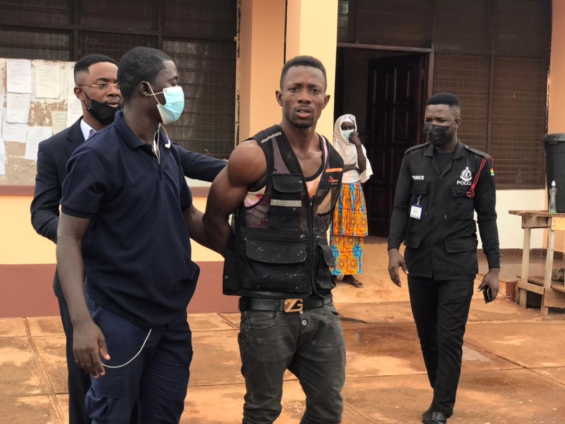 A 28-year-old painter who allegedly snatched a Haojue motorbike valued at ¢4,500 in Dwomoh, a suburb of Techiman in the Bono East Region, has been remanded into police custody by Techiman Circuit court.

Collins Kyeremeh, 28, is a resident of New Dormaa near Sunyani in the Bono Region.

According to the prosecution, on August 14, 2017, the accused person expressed interest in buying the new unregistered motorbike that was on sale by the complainant.

The accused, after coming to terms with the complainant on the pricing for the bike, requested to test the motorbike, and after the two returned with the bike, the accused sped off and failed to return.

The complainant, Gausu Moro, then lodged a formal complaint to the Techiman District Police command.

On Thursday, August 19, 2021, the complainant spotted the accused person in Sunyani with the help of some people.

He was arrested and escorted to the Techiman police station, where he was put behind bars for investigations to start.

In his caution statement, the accused person admitted having stolen the motorbike and disclosed that he had sold it to one young man, whose name he gave as Musah.

After investigations, the suspect was charged with stealing and put before the Techiman Circuit court.

The court presided over by Justice Alexander after the first hearing remanded the accused into Police custody to reappear on September 1, 2021.