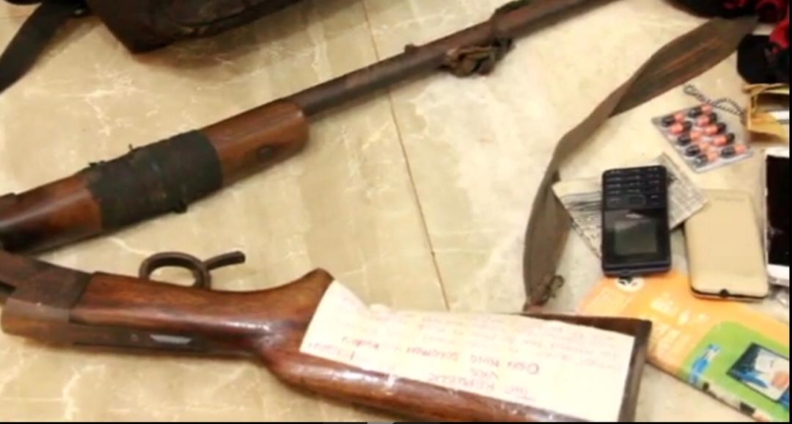 Two suspected armed robbers are standing trial at the Techiman Circuit Court after they were arrested by the Yeji police at Damankwanta in the Pru West District.

Deputy Regional Police Commander, DCOP Samuel Alfred Winful told JoyNews that the two, Osei King Solomon and Narifu Peter were apprehended at their various hideouts after an attacked victim lodged a complaint to the Abease Police.

“On the 2nd day of August 2021, one Abraham Ijawanko was returning from Ohiampe to Damankwanta on his motor bike. On reaching a section of the road, the accused persons, Osei King Solomon alias Kwaku and Nafuri Peter Tupac and their accomplices, currently at large numbering about 4 who were armed with locally manufactured guns, blocked the road and were robbing travelers and other road users.”

“They assaulted the complainant and robbed him of his Tecno smart phone at gun point,” he said.

According to him, the complainant was able to identify one of them during the attack and reported to the Abease Police.

DCOP Samuel Winful added that “the complainant led the police to the accused person’s hideouts at Damankwanta and he was apprehended. A search was conducted on him by the police and a locally manufactured single barrel gun together with four mobile phones including that of Abraham were retrieved”.

The two were arraigned before the Techiman Circuit Court presided over by His Lordship Justice Alexander Graham and were remanded into prison custody to reappear on the 1st of September, 2021.