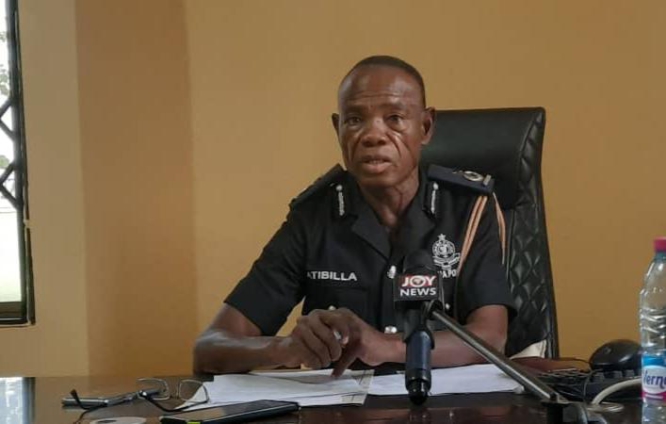 Two suspected armed robbers who were arrested by the Bono East Regional Police Command during a dawn swoop on Friday, August 27, in Gulumpe along the Kintampo – Tamale highway will appear before the Techiman Circuit court today.

The two who were part of a gang of 8 persons were in possession of two locally manufactured pistols and cutlasses suspected to be used for criminal activities.

Bono East Regional Commander DCOP Moses Asabagna Atibilla disclosed to JoyNews that the move forms part of measures taken by the Regional command to clamp down on robbery activities in the area.

He indicated that “the police upon having a tip-off embarked on a swoop around 1:30 am on Friday to get the culprits and the exercise was successfully executed”.

“In all, we arrested 8 people, two were in possession of locally manufactured pistols and with six others, we found cutlasses and motorbikes that are unregistered and we suspected they were using those bikes for their criminal activities”, he added

DCOP Atibilla however noted that “after preliminary investigations, we granted the six others bail but the two who were in possession of the pistols are to be put before the courts for trial”.

He further called on the general public to assist the Police with information in order to “fish out these suspected criminals in the region”.