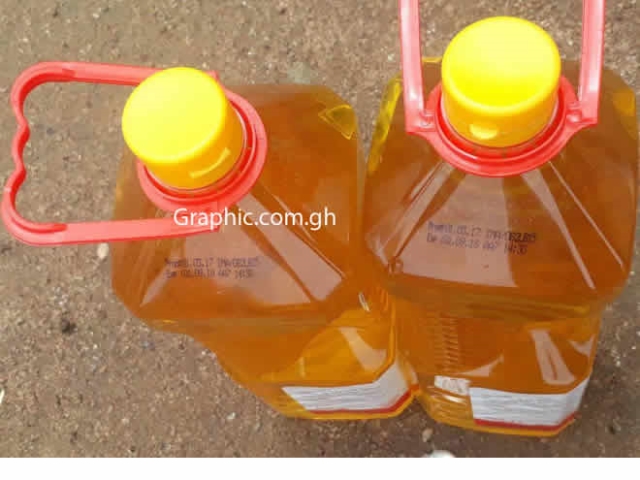 The National Disaster Management Organisation (NADMO) has admitted it erroneously added some expired cooking oil to food items presented to flood victims in Wa at the weekend by the Vice President, Alhaji Dr Mahamudu Bawumia.

NADMO has accordingly initiated a move to immediately withdraw the expired cooking oil and supply the flood victims with new ones.

According to NADMO, the expired cooking oil had been isolated at the warehouse in Wa awaiting authentication by the internal auditor, before they could be disposed-off.

However, when loading boys were picking the items for distribution to the flood victims, they erroneously picked six expired cooking oil and added them to the items.

“Tonight, we are moving fast to Wa to see the situation on the ground and so tomorrow definitely, we are going there,” George Ayisi, Director of Communications at NADMO said.

He said the Director General of NADMO, Eric Nana Agyemang-Prempeh would himself be in Wa on Wednesday.

He said NADMO was in Wa to help the flood victims but, “unfortunately when we were loading relief items, respectfully, oil, we had in our warehouse in Wa, some expired items which expired on the 28th of August which has been put aside, some of the loaders, unfortunately, picked about six of the oil and then added them to the items that were being loaded and that is how come unfortunately we have this situation.”

Explaining, Mr Ayisi said when items expire, they put them aside for the internal auditor to come and inspect and authenticate that indeed, they are expired, and they need to be disposed-off before they give the authorisation for the items to be disposed-off.

“If that is not done, the Regional Director does not have the authority to dispose-off the items, you know they were bought with government money and so we need to account for every single item that goes to the warehouse,” he said.

Graphic Online's correspondent in Wa, Michael Quaye reported that officers of the National Democratic Congress (NDC) in Upper West Region have called for investigations into how the food items distributed by Vice President Dr Mahamadu Bawumia to flood victims in the region have turned out to be expired products.

Cooking oil and rice were among food items distributed to flood victims in Wa and Sissala East municipalities by the Vice President during his visit to the region on Saturday.

According to our reporter, some beneficiaries of the items have since complained about having suffered various health conditions, including stomach upset, upon the consumption of the food items.