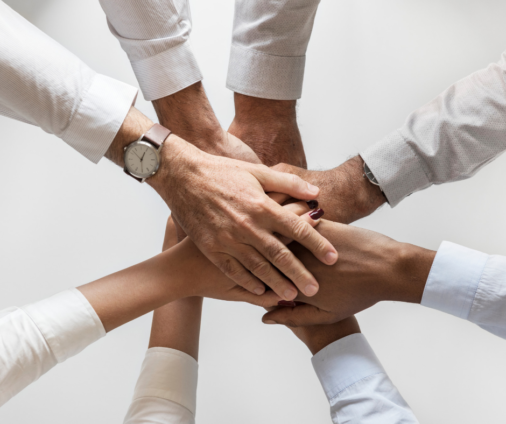 We all hail and applaud team members when they are able to execute a difficult task perfectly, more so if it is done before the deadline.

The most joyous moment is when we see our superiors smile and commend us for a good job, especially to the extent of promising salary increments.

I guess this is the beauty of having hardworking and committed team members willing to go to any extent to meet their Key Performance Indicators (KPIs). In your career, you may have experienced exactly the picture painted above or something similar.

What about the reverse scenario? whereby we unduly miss our KPIs due to poor working relationships. Again, this should be familiar, but I bet you definitely didn’t like the experience.

Indeed, poor working relationship is arguably one of the many basis for the collapse of many business entities or organisations. Superiors and subordinates are humans and would agree to disagree. Therefore it is prudent to manage any bone of contention so it does not affect the team’s set target and objectives.

However, some bosses in their efforts to live up to their KPIs wouldn’t mind stepping on the toes of their subordinates if that is the only way to beat competitors. Unfortunately, this creates an unconducive environment for team members and it shreds their confidence and ability to be innovative.

It is my considered view that, in as much as we strive to achieve organisational goals and beat the competition, peaceful coexistence is the ultimate ‘KPI’ we should look forward to. That is due to the fact that without it, we may not be able to achieve the desired targets, let alone beat our competitors.

In some cases, this unhealthy relationship may not even be between a boss and a subordinate. Actually, it is worse when it is amongst colleagues at the same level of the hierarchy within the organisation. Typically, you find that in a particular workplace, there is literally no decorum. What happens to be the order of the day are; sheer hatred, intolerance and mere denigration of one another.

All these could either be due to one’s desire to impress his or her boss or gain favour over others or simply an issue of power play amongst bosses.

No matter the form in which it may manifest itself, it is important that one does not relent to resolve any dispute that may arise. The reason is not farfetched – without a unified team, it would be extra difficult, if not impossible, to achieve set objectives.

In 2020, I got the opportunity to work with an online news portal. I was still in the university then. I was very glad to do the job, not because of the money. To me, the focus was to learn and gain experience to prepare myself for the job market after school. Unfortunately, after three months I had to quit the job due to how badly my boss related with me.

Apparently, other colleagues were experiencing the same unproductive attitude of the boss, but couldn’t leave because they needed the salary. One may ask, what did he do wrong? He was very demanding and went to any extent to occupy his workers with a heavy workload without any recourse to their worries or how they will be affected by the task.

In addition, he was very discriminatory in how he related with me, all because he expected me to have addressed him as ‘Boss’ on the first day he called to inform me to start work.

Well, I had to say goodbye because I was missing assignment deadlines, lectures and study discussions and informed him about this. Yet, he was unwilling to adjust the workload.

The last straw that broke the camel’s back was that even when examination was due, he demanded that I continued to work although I had requested leave for the exam. At this rate, I could no longer bear his uncooperative posturing, so quit, I did.

A few months down the line, I checked on my former colleagues to ascertain if they still work with him. As it turned out, one after the other, they all left the job. Consequently, the targets and KPIs we had set for ourselves could not be met.

Poor leadership skills and bad relationship with workers are undoubtedly a thorny issue in many workplaces. Needless to add that it is very difficult to solve a leadership crisis if it gets to the brink. The power play between bosses and even amongst colleagues usually leads the company into a trench, which does not augur well for the business.

I end by reiterating the importance of a unified team to the success of any organisation using the old adage that, ‘in unity lies strength.”

Therefore, instead of bosses exhibiting how powerful they are when dealing with their subordinates or colleagues being intolerant with each other, for the success of the business, it is critical to embrace and tolerate each other’s ideas.

We must avoid as much as possible, any belligerent attitude which will breed unhealthy relationships and disrupt the focus on the team’s objectives.

The writer is a National Service Personnel with Multimedia Group Limited

DISCLAIMER: The Views, Comments, Opinions, Contributions and Statements made by Readers and Contributors on this platform do not necessarily represent the views or policy of Multimedia Group Limited.
Tags:
Corporate environment
Healthy working relationships