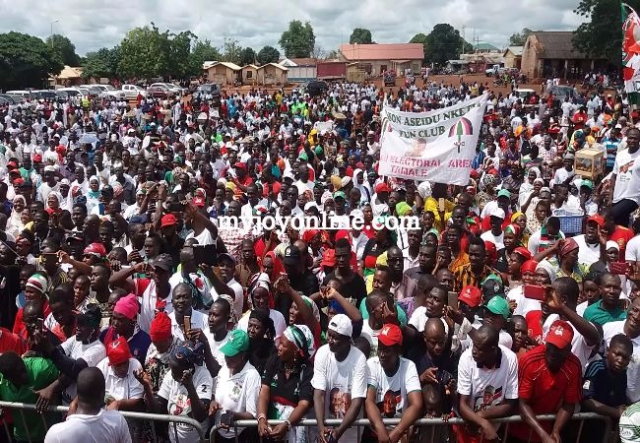 The main opposition political party is set to organise its third 'Unity Walk' in Cape Coast in the Central Region on Sunday, November 5.

The campaign is to engender solidarity by an ego-bruising defeat in the December 7 general elections.

This walk comes after similar campaigns in Tamale in the Northern Region and Accra in the Greater Accra Region.

Lead organiser for the Unity Campaign, Kojo Bonsu, who is a former Chief Executive Officer for Kumasi Metropolitan Assembly, told Myjoyonline.com the campaign in Cape Coast is on the theme: “Mobilisation of the grassroots a shared responsibility.”

Supporters will converge at the Siwdu Park and walk to the London Bridge where leaders of the NDC will interact with them.

The Unity Walk campaign forms part of the strategies by the party to re-organise grassroots support to position the NDC as the obvious political party going into the 2020 general elections.

Mr. Kojo Bonsu reiterated the fact that the NDC can only win the next elections if it engages and bring onboard its followers in the decision-making process.

The campaign he noted, will make them feel a sense of belonging to the NDC which is the party that’s on the side of the people of Ghana.

The Walk will also demonstrate the popularity of the party in the Central region after the governing New Patriotic Party (NPP) camped there in August for its delegate congress.