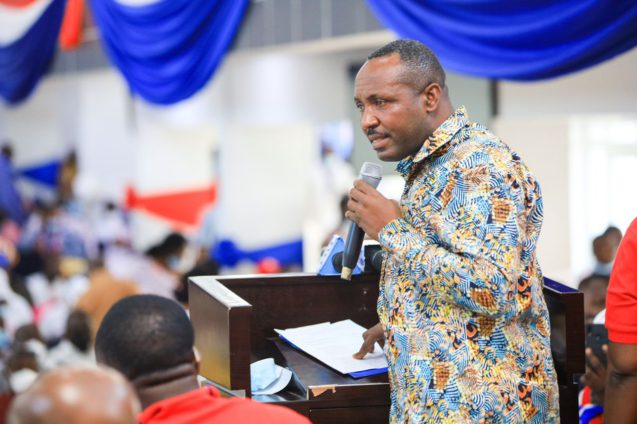 General Secretary of the New Patriotic Party (NPP) John Boadu is alleging the tradition of the opposition National Democratic Congress (NDC) promotes the rights of those in the LGBTQI+ community.

According to him, it’s the NPP’s tradition that frowns on the practice of gays and lesbians, insisting that the government will not endorse activities of lesbians, bisexuals, gays, transgender, queer and intersex (LGBTQ+) in Ghana.

Mr Boadu questioned why some Ghanaians are asking the NPP to state their position on the controversy over the bill before parliament, seeking to criminalise activities of LGBTQI+ in the country.

“So don’t ask us whether we accept LGBTQI+ or not; we are not supposed to be asked that question. The right people to ask that question are NDC members because they are Center-Left political party,” Mr Boadu insisted on Sunday, October 17.

“Center-Left political parties throughout the world- in the US, it is when they come to power that they promote such practice. So let’s not bother ourselves to talk about this. We shall not condone this practice and we will not accept this practice”.

He said this while addressing party supporters at the Eastern Regional Delegates Conference of the party.

Eight MPs have put the Promotion of Proper Human Sexual Rights and Ghanaian Family Values Bill before parliament, which seeks to clamp down on the act.