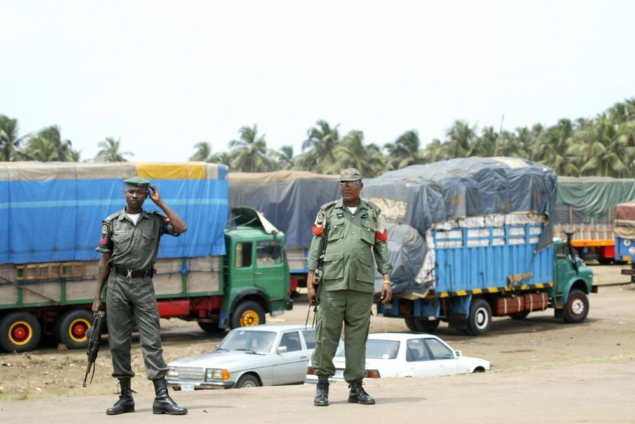 The Government of Ghana has commenced engagement with consignors and other relevant stakeholders, in a bid to support the evacuation of Ghanaian trucks locked up at the border between Nigeria and Benin.

A government taskforce jointly led by a Deputy Minister each from the Ministry of Trade and Industry and Ministry of Foreign Affairs and Regional Integration, has held a dialogue with the Ghanaian Exporters/Transporters who use that route to agree on the modus operandi to return the trucks home.

According to the statement by government Tuesday, “Cabinet has approved the recommendations by the Task Team and requested the relevant MDAs to expedite the evacuation of the 34 trucks that were found to be carrying shipments originating from Ghana.”

This engagement comes at the back of a cabinet directive that urgent action should be taken to support the withdrawal of the 34 trucks stuck at the border.

Government as part of efforts to enable resolution of the matter, sent a delegation comprising of the Minister for Trade and Industry, Alan Kyeremanteng; Minister of Foreign Affairs and Regional Integration, Shirley Ayorkor Botchway and other officials from the Ministry of Trade and Industry, Ministry of Foreign Affairs and Regional Integration, National Security, Ghana Revenue Authority – Customs Division (GRA-CD), and Private Sector Representatives.

They held bilateral talks with the President of Nigeria, Muhammadu Buhari as to how to successfully withdraw these trucks.

Though funds were provided by the Government for the payment of all fees and charges accruing to the 34 trucks and the guarantee of safe passage from the authorities in Benin to evacuate the trucks to Ghana, the government failed in its previous attempt to withdraw the trucks because the appointed agents for the consignments refused to release the documents on the trucks for processing, as they claimed they had instructions from the consignors not to return the goods to Ghana.

On August 21, 2019, the Seme-Krake border between Nigeria and Benin was closed as part of a Nigerian border crackdown on the smuggling of goods from Benin.

As a result, Ghanaian traders and drivers could not access the Nigerian market through this route.

In November last year, President Akufo-Addo intervened to donate a sum of 450,000 CFA (GH¢4,382) franc to Ghanaians drivers who were stranded at the border.

DISCLAIMER: The Views, Comments, Opinions, Contributions and Statements made by Readers and Contributors on this platform do not necessarily represent the views or policy of Multimedia Group Limited.
Tags:
Nigeria Border Closure