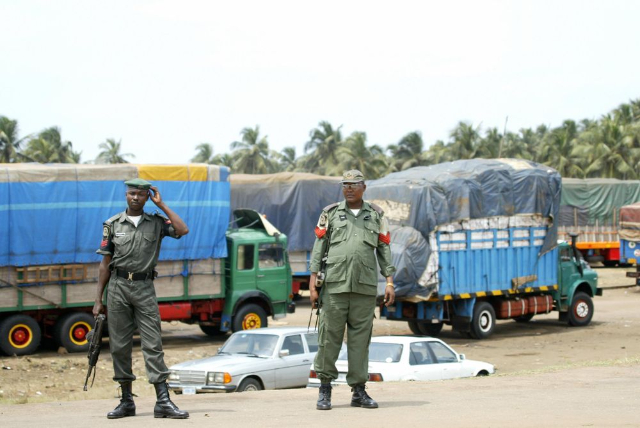 West African countries have agreed to conduct an investigation into the impact of Nigeria’s decision last year to close off its land borders to trade, Nigeria’s presidency said on Monday.

Nigeria has banned the import and export of all goods through its land borders since last August as part of what it describes as a campaign to tackle smuggling. Its smaller neighbours, many of whom rely on trade with Africa’s biggest economy, have complained that this has caused severe hardship.

Heads of state from the Economic Community of West African States agreed Sunday night to set up a committee “to study and make a full report on Nigeria’s land border closure with her neighbours,” said a statement from a spokesman for Nigerian President Muhammadu Buhari.

There is no timeline for when the report is due, but it is meant to be completed “as soon as possible,” Nigerian Foreign Minister Geoffrey Onyeama said, according to the statement.

Since taking office in 2015, Buhari has introduced policies aimed at curbing imports and smuggling, to boost local manufacturing. Buhari has also been trying to boost revenues after a 2016 recession slashed income.

The move to shut the borders followed a decision in July to sign Nigeria up to an African Continental Free Trade Area, a project to create a $3.4 trillion economic bloc.

DISCLAIMER: The Views, Comments, Opinions, Contributions and Statements made by Readers and Contributors on this platform do not necessarily represent the views or policy of Multimedia Group Limited.
Tags:
Nigeria Border Closure
West Africa