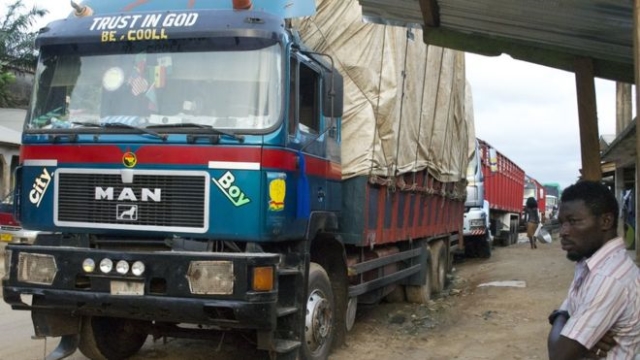 The Ghana Union of Traders Association (GUTA) says Nigeria’s decision to shut its borders infringes on trade agreements between Nigeria and other states especially Ghana.

According to the association, the decision taken by the Nigerian government is aimed at protecting the sole interest of its citizens.

GUTA said the move is not fair to trade between African member states.

National Welfare Officer of GUTA, Benjamin Yeboah, said on The Pulse, a current affairs news programme on JoyNews, that the closure of the border has serious implications for Ghana.

He said Ghana government should also put up measures to protect the interest of traders in the country rather than focusing on its membership with the Economic Community of West African States (ECOWAS).

“We are telling the [Ghana] government to be bold enough when they take decisions,” Benjamin Yeboah stated.

He also stated that Nigeria flouted international trade conventions when it closed the borders without properly informing its trade partner.

This, Mr Yeboah said, “tells us that Nigerians have the tendency of doing things their own way.”

Nigeria on Tuesday closed its borders on grounds that the country was battling issues of security, smuggling and flooding of their markets with foreign goods.

But according to Benjamin Yeboah, the Nigerian government is only working to sanitise its system and make sure that it has access to details of anyone who enters the country.

“If they feel that you are not properly or legally in their country, they’ll deport you”, he added.

He also expressed worry of the association not being able to take up any action because of bindings of the ECOWAS treaty.

He explained that although the treaty has regulations binding the operations of member states, Nigeria is not abiding by the laws.

The closure of the border has been an inhibition to trade as it has prevented the free flow of goods from other countries to Nigeria.

Although Nigerian authorities have explained that the action is targeted at ending illegal migration from Benin, it has destabilised trading within the subregion.

Mr Yeboah, however, expressed contentment over a proposal by the Nigerian government to discuss the way forward with key trading partners while the borders remain closed.

Nigerian authorities say the land borders are likely to be re-opened by next year.

Mr Yeboah said GUTA will always fight for the interest of its members as it is collaborating with trade and foreign ministries to find appropriate measures to deal with the situation.