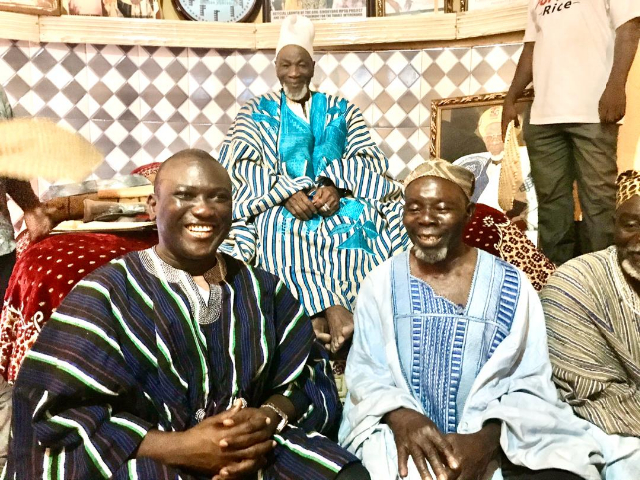 The Chief Executive Officer of the National Petroleum Authority (NPA) on Monday called on the overlord of Dagbon to brief him on the Cylinder Recirculation Module (CRM) policy.

Hassan Tampuli who was accompanied by senior executives from the Association of Oil Marketing Companies (AOMCs) to the Gbewaa Palace, briefed Ya-Na Abukari Mahama II, about the Authority’s plans for pilot implementation and also to seek his blessings and support.

Also part of the entourage was the LPG Marketing Association, represented by Kwaku Agyeman Duah and Gabriel Kumi, as well as senior officials from the NPA.

They explained the strategic importance of Yendi to the planned implementation of Cylinder Recirculation Module and how that will impact the connecting towns and communities once the program takes off.

The NPA boss said as overlord of the traditional area, it was important the Authority sought Ya-Na’s permission as well as his blessings before proceeding to identify areas that are appropriate for the pilot implementation.

Mr Tampuli talked about previous meetings with traditional leaders including the Asantehene and the Council of State stressing how the meetings have helped in the policy drafting.

He was, therefore, hopeful the Ya-Na’s support will be needed in that regard.

On his part, Ya-Na Abukari Mahama II said previous explosions of gas-related fires have caused enormous discomfort to many people, and that can’t be allowed to continue.

He said lives lost as a result of gas explosion can be prevented if a proper mechanism is implemented and charged all to support the NPA on its CRM campaign.

Ya-Na Abukari Mahama II advised the Authority to continue consulting all stakeholders, including consumers, so the proper and acceptable form of the policy is rollout.