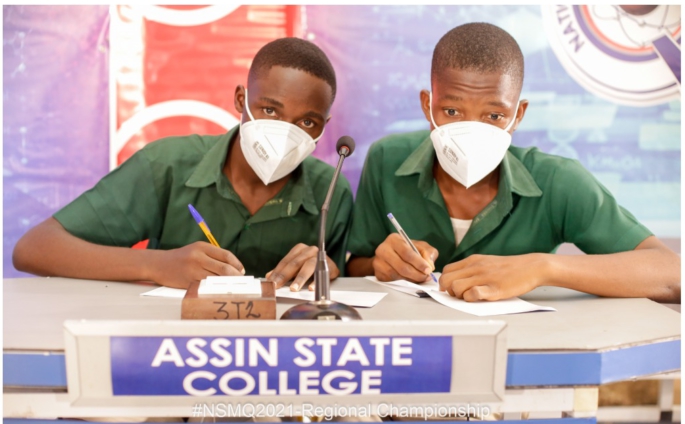 The Cape Coast-based school was subdued by Assin State College with a four-point margin at the end of the contest leading to the Regional Championship finale.

Go there Assin! See you tomorrow in the final! #NSMQ2021 #AbsaRegionalChampionship #Primetime pic.twitter.com/SZDuGsjggf

Right at the beginning of the contest, Assin State College took the lead with 24 points. Ghana National College and Winneba SHS followed with 17 and 12 points respectively.

Although contestants of Ghana National placed in much effort in Round 2, their rightly answered questions could not surmount Assin College as they led the pack with 30 points.

Round 3 was an easy nut to crack for all three schools. Both Ghana National and Winneba SHS earned 10 more points to their tally while Assin State scored 13 more points.

But the fourth and final round proved to be a difficult hurdle to cross for Assin State and Ghana National. While the latter earned 3 points to its score, Assin State earned no score.

Although Winneba SHS earned 9 points in the last round, there were unable to make the cut for the Regional Championship finale.