Okudzeto Ablakwah, a mistake of a minister - PPP - MyJoyOnline.com

Okudzeto Ablakwah, a mistake of a minister – PPP 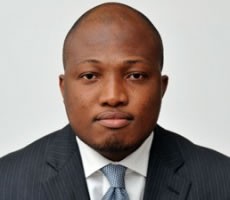 We must say that, we the youth of the youth wing of the Progressive People’s Party-Progressive Youth Movement (PYM) have on countless occasions been advised by the leadership of our party to refrain from politics of insult and unnecessary vilification of personalities, especially when it comes to agreeing or disagreeing on matters of national interest.

That is partly what we will continue to do to prove to Ghanaians that we are the best alternative to the NPP/NDC.

But today, we wish to gather a little boldness needed to assail the fallacious opinions and practices of untrustworthy politicians, such as Samuel Okudzeto (Deputy Minister of Information), who has for some time now demonstrated that his main aptitude lies in spewing lies, insults and smearing the reputation of superlative personality with his propaganda masterpieces.

Before we continue, we wish to remind Okudzeto that politics is for serious-minded and forward looking individuals who have the interest of the nation at heart. He possesses none of the attributes of a true politician who knows what he is about; that is, apart from just being loquacious.

Over the last few days, Samuel Okudzeto has been moving from one media house to another, saying unprintable things about Dr. Papa Kwesi Nduom, whom many Ghanaians have come to admire as one of the finest politicians in Ghana today.

We were thus not surprised when Okudzeto and his cronies described as senseless the call by Dr. Nduom that the H.E. Prof. John Evans Atta Mills, and his NDC administration should be proactive in the way and manner security issues are handled in this country. How could Okudzeto, who has nothing to show for his stewardship in national administration, say Dr. Nduom only makes such statement to keep his name in the media.

We want Okudzeto to know that he must learn to wash his hands before he even dreams of sitting down to eat with people who know what they are about, such as Dr. Nduom. Before Okudzeto became a deputy minister in the current national administration what single positive thing had he done in his life? Let him cite just one example of something in his private or public life that could be described as worthy – not to talk of worth terming an achievement?

Even today, after being a deputy minister for three and half years what can he term “legacy?” As of today, how many people can boldly stand up and say he (Okudzeto) empowered them to rise to a level where they can today call themselves useful citizens?

He must not allow himself to be blinded by the small power he is enjoying, for, soon, it will be over when Ghanaians vote them out in December.

It really hurts to listen to the rant of people who until they came into government were nothing, but think they are somebodys today simply because they have been good only at looting and siphoning away state resources.

If Okudzeto really wants to speak out about something really wrong, then let him pour his grievances and frustrations into talking about Prof. Mills, who has proven beyond all reasonable doubt that he does not have the abilities to solve the teeming problems confronting the people of this nation, especially the youth.

The situation of Ghana keeps worsening day by day, and that is what Okudzeto must pay his attention to, if he wants his public ranting to make him somebody.

Okudzeto must know that personalities, such as Dr. Nduom, who have sterling international reputation in business and public service, have a right and responsibility to show concern when almost everything is going wrong in Ghana.

Dr. Nduom is one of the few people in Ghana today with investments in all ten regions of the country and so, has many reasons to fight for peace and stability in all corners of the country.

Dr. Nduom believes in truth and peace in prosperity and not in the obvious bouts of screaming louder than everyone else that the NDC’s “Better Ghana” agenda is on course, while in bitter truth, the economy – in fact, our whole way of life – is in shambles.

We are therefore asking H.E. Prof. Mills to show that he rather than his apology of propagandists is in charge.

“One must learn not to accept a dog’s admiration as conclusive evidence that one is wonderful, because that may not necessarily be the real situation.”

Ghanaians are suffering and want real solution to their problems, not the ranting of an Okudzeto who do not know their left from their right.