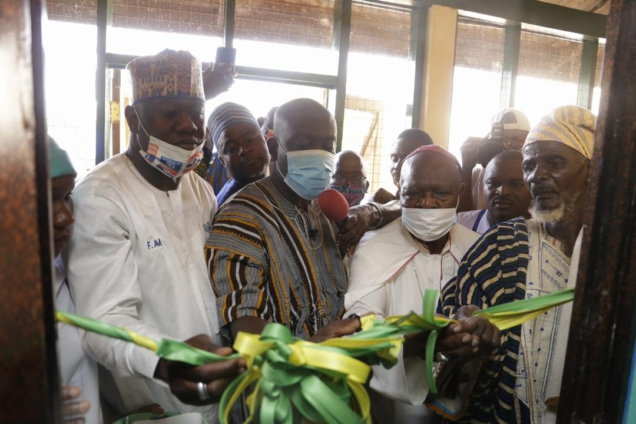 At a ceremony on Monday, the Ofoase Ayirebi MP announced said government, together with the state broadcaster were working together to set up six new radio stations in each of the new regions.

The Miister said the establishment of Naya radio was part of projects approved by cabinet to beef up developments in Yendi and the Dagbon State.

“Our expectation as Naya radio opens is for it to provide an avenue for the opening of business and opportunities for the good people of Yendi,” he said.

Chairman of the National Media Commission, Yaw Boadu Ayeboafo, charged staff of the radio station to be mindful of what information to broadcast in order not to create tension and bring confusion.

“I want to caution you to sift and be mindful of what kind of information to broadcast” he advised.

The Director-General of GBC Prof Amin Alhassan in his remarks assured stakeholders of professional programming.

He was hopeful that the establishment of GBC Naya Radio will bring opportunities and prosperity for the youth of Yendi.

Earlier the Information Minister led a government delegation to pay a courtesy call on the overlord of the Dagbon Kingdom, Yaa Naa Abubakari Mahama ll at the Gbewa Palace.