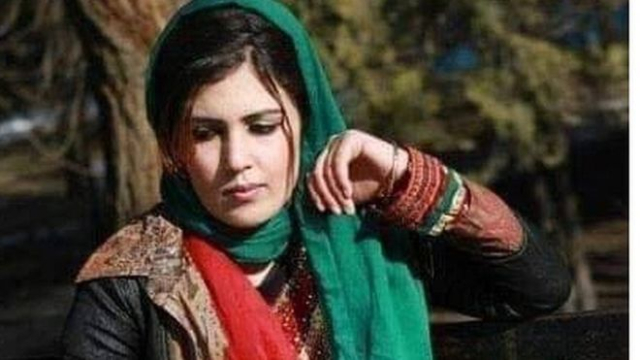 Afghan politicians and women’s rights activists are demanding justice after a political adviser and former prominent TV presenter was murdered in broad daylight.

Mina Mangal, who worked as a television presenter before entering politics, was shot dead at close range in Kabul on Saturday.

Chief Executive Abdullah Abdullah vowed her killers would be caught.

The motive remains unclear but one line of inquiry is a family dispute.

In a statement released on Saturday, the interior ministry said that Ms Mangal, who was on her way to work as an adviser for the Afghan parliament’s cultural affairs commission, was shot dead around 07:20 local time.

Afghanistan’s Supreme Court, and civil society groups including the commission into violence against women, have called for a serious investigation into her killing.

Ms Mangal had recently posted on Facebook that she had received threats and feared for her life, prominent women’s rights activist Wazhma Frogh said on Twitter.

Ms Mangal separated from her husband two years ago, with her family filing a complaint alleging domestic violence at the time, Jamshid Rasooli, a spokesman for the attorney general’s office, told the BBC.

Can”™t stop my tears at the loss of this beautiful soul. She had a loud voice, & actively raising voice for her people. In this Facebook status she says she”™s threatened & she says she she trusts her Allah & that a strong woman isn”™t scared of death. RIP Mina Mangal pic.twitter.com/plsoYJlPlA

He said the case was referred to a family violence court and later dropped in a decision criticised by Ms Mangal’s family.

Police are continuing their investigation into the murder and have not identified any suspects.

Since Ms Mangal’s death, Afghan social media has been vocal about the levels of violence against women in the country.

Some pointed out that some of Afghanistan’s most high-profile crimes against women have taken place in daylight and in busy areas of the capital, Kabul, including the high-security Green Zone.

“A woman has been killed in daylight because a man thought she deserves to be killed,” Wazhma Frogh wrote.

The killing has focused attention once again on violence against women in Afghanistan. It comes at a time when many women fear that hard-won rights and freedoms could be jeopardised by any peace agreement with Taliban militants, who are currently in negotiations with the United States. 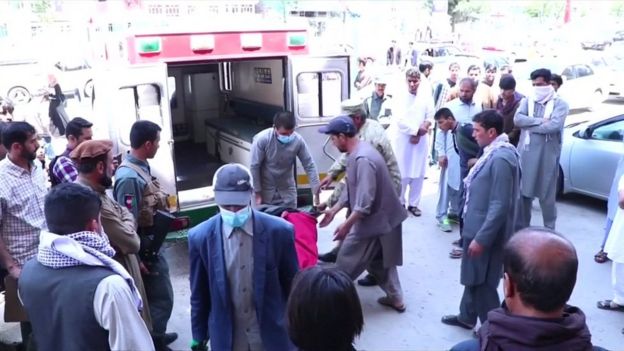 The killing took place in broad daylight in the Afghan capital, Kabul

Rights groups have documented increasing cases of gender-based violence, particularly in areas dominated by the Taliban.

Reporters Without Borders also listed Afghanistan as the deadliest country for journalists in 2018.