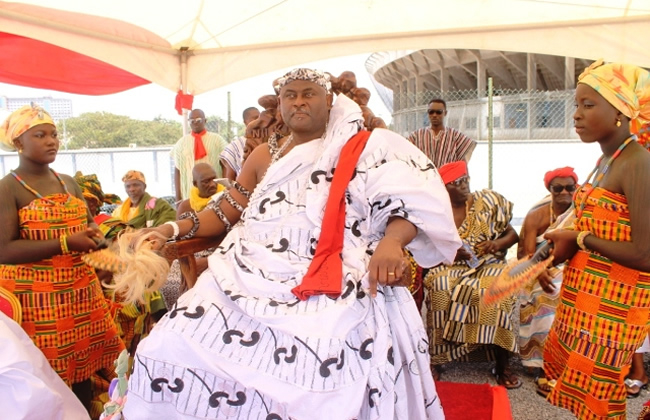 The President and Paramount Chief of the Osu Traditional Area, Nii Okwei Kinka Dowuona VI, has appealed to government to grant the township an municipality status.

The chief of the sprawling Osu metropolis wants the town to be liberated from the jurisdiction of the Accra Metropolitan Authority (AMA).

Nii Dowuona VI believes the move will ease the pressure on AMA and enable the newly created municipality to effectively collect and manage revenue to spur the needed development and create employment for the youth.

The Chief is confident a municipality status will pave the way for creating meaningful jobs and bring economic relief for the people of Osu.

“Even the boundaries [of the town] qualifies Osu to be a municipality”, he said, adding the community possesses the requirements needed to create the needed municipality.

He said Osu stretches beyond 55 square miles and extends to cover more than 28 communities as far as Aburi.

The community shares boundaries with La, parts of Asylum Down, Cantonment, Nima, Mamobi, Airport Residential Area and Haatso among others.

The Chief emphasized in an exclusive interview with XFM's  David Apinga, that the community has been sidelined by the AMA.

He noted that the AMA invests less into developmental projects in the area even though it contributes the bulk of the Assembly’s revenue.

“When you look at houses and businesses here, they are many and generate more than what we get now.  Osu contributes about 40-50% of funds to AMA but we lack facilities like places of convenience, job creation for the youth, welfare for the traditional council and the elders”, said Nii Dowuona VI.

Nii Okwei Kinka Dowuona VI laments that it saddens his heart when people are pleased with the current state of Osu. To him, the community is one of the prime areas in the country that should be able to boast of the best facilities and skilled manpower.

“People come to Osu and see the community as a nice place but to me I see that it lacks development. There are a lot of young people who are unemployed, unskilled and uneducated. This has made them to go into other activities which do not benefit the community,” he added.

The creation of a municipality he insists has numerous benefits to indigenes.

He disclosed that the Osu Traditional Council has prepared a proposal to be presented to the Ministry of Local Government to begin the process of creating the Osu Klottey Municipal Assembly.

Nii Dowouna VI said there are plans to renovate and create more schools and furnish the schools with state of the art logistics needed for teaching and learning in a 21st century setting.

Also, he said plans are far advanced to upgrade some clinics and the building of additional ones to improve healthcare.  Sanitation is a key area they plan tackling through collaborative efforts with the people of the community.

For the Chief who has garnered years of experience in banking he sees it important to create a community bank that will provide loans and credit facilities for traders within the area.

Under the leadership of Nii Okwei Kinka Dowuona VI, the Osu Mantse Community Initiative (OMANCODI) has been established to reduce maternal and infant mortality, reduce the incidence of teenage pregnancy, address sanitation and develop the youth who are engaging in agriculture specifically fishing.

The chief has spearheaded the renovation of the Osu Mantse Palace with the next project being a facelift of the Royal Mausoleum, which serves as resting place for departed chiefs, into a tourist site.

Osu was a division under the Ga Traditional Council but through efforts of Nii Okwei Kinka Dowuona VI, The Ministry Of Chieftaincy and the Regional House of Chiefs, it was elevated to a paramount status in 2012.