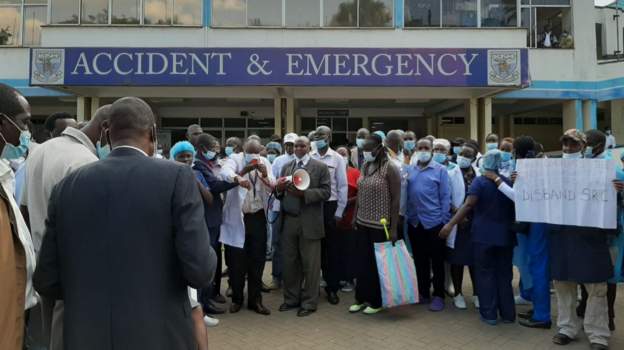 One person died on Monday in a car park while waiting for treatment at Kenya’s largest referral hospital as health workers downed their tools to protest against delayed pay of improved salaries and allowances.

The management of Kenyatta National Hospital said the deceased, a motorbike taxi rider, arrived at the hospital while in a critical state and nothing could be done to save him.

Stanley Kamau, a hospital board member, said the staff were not to blame for the incident as they had issued a strike notice.

The workers are demanding the implementation of resolutions from an advisory committee that were passed in 2012.