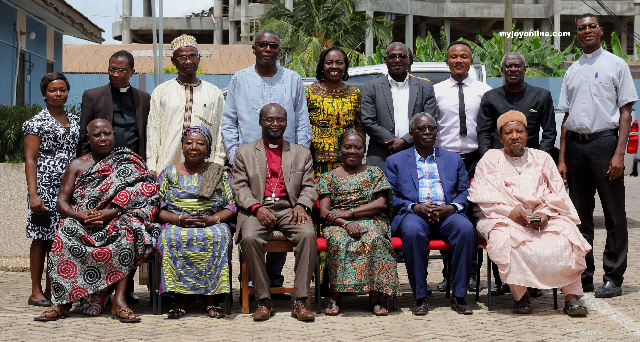 The National Peace Council is asking the government to extend training on identifying early warning signs on terrorism to the citizenry.

Ashanti Region Chairman of the Council, Right Rev Christopher Nyarko Andam, has praised the government and security agencies for taking steps on the threat of terrorism.

He said there is still more to be done, indicating civil society, churches and mosques, as well as the public, must be prioritised.

“We appreciate the effort of the government and our security agencies for taking steps to act on the early warning signs. It is our humble plea that the training on identifying early warning signs of terrorist attacks could be extended beyond the security personnel to affect the general public, civil society organisations, churches and mosques,” he said.

Reverend Nyarko Andam told the opening of training and capacity building session for council members in Kumasi that Ghana is at risk of a terrorist attack just like her neighbours.

The Africa Centre for Security and Intelligence Studies issued an alert that Burkina Faso-based Salafi Jihadists have been frequenting Ghana over the last four months.

They group reportedly killed four Burkinabe customs officers at a checkpoint near the Ghana border after attacking a church.

The warning has forced some churches to review security at their premises.

There are reports the jihadists in a move to radicalise Isalm in West Africa are already mentoring and training some Ghanaian youth.

The Peace Council which has already alerted National Security on the presence of suspected jihadists in Ghana says reports of attacks go beyond rumour.

“I would advise that the general public should take their security seriously and be on the alert,” Rev Nyarko Andam said.

Rev Nyarko Andam who is also the Methodist Bishop of Kumasi wants Ghanaians to take personal security seriously and report suspicious characters to the police.

“We should be cautious about strangers in our communities and gatherings and report any suspicious actions and dealings to the security agencies,” he said.

According to  Right Rev Christopher Nyarko Andam,  recent bloody incidents in Burkina Faso should be a concern to all Ghanaians.

The 13 newly inaugurated council members will receive training on identifying early signs of conflict, analyse conflict and mediation skills at the two-day training.