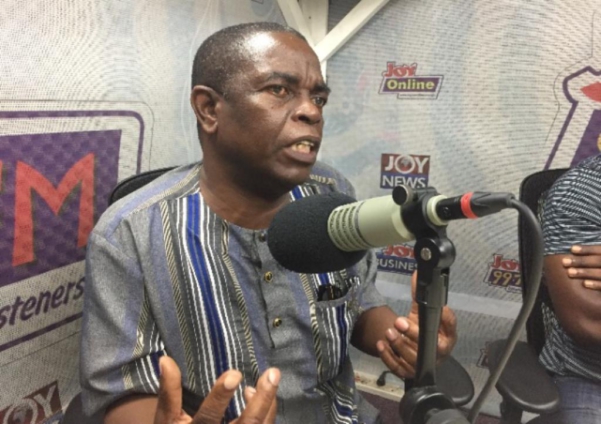 The Managing Editor of the Insight Newspaper, Kwesi Pratt Jnr, has asserted that some significant sections of Ghanaians have begun reducing their daily movements due to the high cost of fuel in the country.

Although there are global challenges impacting the prices of petroleum products and commodities, Mr Pratt wants the government to fast-track intervention processes that will cushion customers against the hardships induced by the unexpected increase in fuel prices.

He blamed the current development on what he describes as the “continuous propaganda” by the government and its officials.

“I can tell you that people have begun to restrict their mobility because of the high fuel prices. We are here because of our continuous propaganda.

“It is true that we are experiencing some global challenges but the government can meet the Ghanaian consumer half way by stabilising the cedi and reducing or removing some of the taxes on the petroleum products. This will reduce the price here,” he said.

In an interview on Accra-based Metropolitan Television, the media professional added that the hikes in fuel prices have already impacted negatively on the cost of living of consumers and households.

Fuel prices at the various pumps are expected to hit ¢11 per litre from Wednesday, March 16 nationwide.

JoyNews/AdomNews · Fuel prices to hit ¢11 per litre from Wednesday, March 16

According to the Chief Executive, Senyo Hosi, the cedi which is depreciating among other major trading currencies is also a factor for the rise in the price of the commodities.

“This is not really with crude but with products on a metric tonne basis. You’re actually breaking the pair and likely breaking 11 as well, subject to which product and how the OMCs want to add some margins on their current prices.

“What you see from the OMCs publication is quite reflective of what the market situation is and I think a big chunk of it has to do with some of the onset increase around our current cedi issues,” he said.

Meanwhile, the Institute for Energy Security (IES) says the situation has contributed to the inflationary pressures hitting businesses in the country.

According to the IES, if government fails to intervene, the price of petrol and diesel will soon move to at the very least ¢10.00 per litre.

Citing examples like Egypt, Kenya, Togo and South Africa, the IES said these countries have found ways to manage the key determinants of domestic fuel prices through government subsidies on fuels, so citizens and businesses are not badly hit.

A monitoring report from IES Research Analysts showed that fuel prices at the pumps have already incurred a net increase of ¢1.8 per liter (27%t) for both petrol and diesel, since the start of the year, and for five consecutive Pricing-windows.

Referenced to March 2021, the report also revealed that the price of both petrol and diesel have surged by roughly ¢3.33 per litre, suggesting a 65% increment.

While petrol cost per litre in Ghana has surged by about some 65% between March 2021 and March 2022, Kenya, South Africa, and Egypt have recorded price jumps of approximately 14%, 34%, and 26% respectively, within same period.

The IES said the differences in prices across the listed countries are due to the interventions of respective governments to the rising international oil prices, and the extent to which local currencies are managed against the US dollar.

Since the beginning of the year, prices of petrol and diesel have gone up by more than ¢3 per litre.

DISCLAIMER: The Views, Comments, Opinions, Contributions and Statements made by Readers and Contributors on this platform do not necessarily represent the views or policy of Multimedia Group Limited.
Tags:
Fuel Price Hikes
Kwesi Pratt Jnr