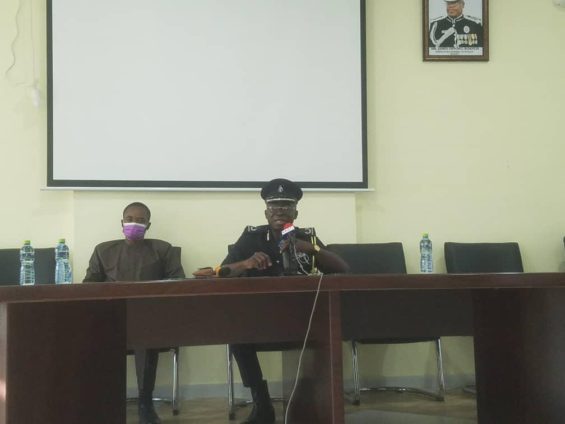 The Central Regional Police Command has appealed to the media to assist with information on criminal activities to provide maximum security to residents in the region.

He expressed optimism that the presence of the Police on the road would serve as a warning to drivers and ensured that they adhere to road traffic regulations.

To ensure professional conduct of the Police while on the road, DCOP Tabi said senior Police officers would be deployed to supervise the junior ones to ensure that the right thing was done.

He said the Police, in collaboration with the National Road Safety Authority (NRSA) and other road safety agencies, would continue to educate and remind drivers and road users of their responsibilities.

DCOP Tabi also expressed worry about the increasing number of chieftaincy disputes in the region and urged aggrieved parties to use the constitutionally recognised institutions such as the Regional and National House of Chiefs to address their grievances.

He said the Regional Police Command was on a high alert and vigilant following the demolishing of the Budumburam camp, knowing that some of the criminals would move to other parts of the country.

DCOP Tabi assured residents of maximum Police protection, adding that with proper monitoring and supervision, the spate of road accidents and crime in the region would soon reduce.

He, therefore, appealed to the public to volunteer information to the Police when a crime was committed to helping in investigations.

DCOP Tabi said it was the civil responsibility of every citizen to ensure security in their communities.