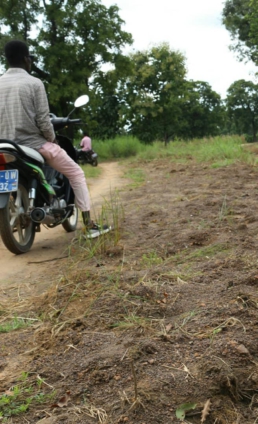 The Assembly Member for the Guo Electoral Area in the Wa West District, Mr Osman Adams, has identified poor road network as a major factor inhibiting development in the area.

He said during the raining season for instance, no economic activity could go on in some communities in the Electoral Area due to the poor state of the roads.

Mr Adams, who stated this in an interview with the Ghana News Agency (GNA) at Guo, added that some of the communities in the Electoral Area did not even have access to roads at all.

“If you are to travel from Guo to Nyagli this rainy season you will suffer. There is even no road from Guo to Duosi, from Ase to Nyagli is not far but because there is no road you have to pass through Wa to Siriyiri before you can go to Ase”, he explained.

The Assembly Member noted that lack of regular reshaping of the available roads in the electoral area had also caused the accessible roads in the Electoral Area to deteriorate more.

According to him, the poor road network in the Electoral Area had also affected children’s access to education as they were unable to attend school in other communities during the raining season.

Mr Adams, however, indicated that he was negotiating with the Wa West District Assembly to open-up roads in the area and to also reshape existing roads to help improve the livelihoods of the people in the Electoral Area.

DISCLAIMER: The Views, Comments, Opinions, Contributions and Statements made by Readers and Contributors on this platform do not necessarily represent the views or policy of Multimedia Group Limited.
Tags:
Guo Electoral Area
Poor roads