President charged to introduce legal instrument to back new ministries 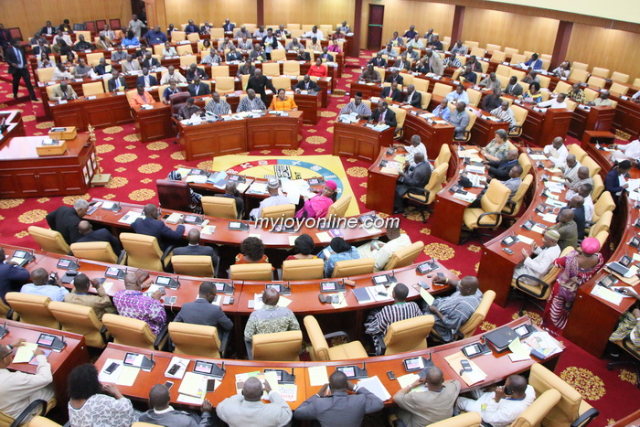 Member of Parliament (MP) for Wa East has charged President Akuffo Addo to speedily introduce a legal instrument to parliament to back the new ministries he has created.

Joseph Yeileh Chireh said the instrument which would clearly spell out the mandate of the new ministries need to be introduced quickly to avoid a turf war.

"We would soon be filing questions, so if we don't know which minister to address or which departments are under which ministry, it would be difficult to file questions for ministers to answers," he said.

He also urged the Majority leader who doubles as the Minister for Parliamentary Affairs to work hard while quizzing if he would be reshuffled outside his leadership role in the House which is likely to cause a confusion.

A legislative instrument for new ministries states clearly the mandate of particular ministry as well as Departments and Agencies under it.

Some of the new ministries created include the Business Development ministry to be headed by Mohammed Awal; Railway Development which is under the leadership of former Attorney General, Joe Ghartey while Madina MP Boniface Saddique is the new minister for Inner City and Zongo Development.

Others are Monitoring and Evaluation which Dr Osei Akoto is the sector minister and the Ministry of Regional Re-organisation which would be headed by Okere MP, Dan Kwaku Botwe.

For these ministries to be able to carry out their duties for the New Patriotic Party (NPP) to achieve its change agenda, Mr Chireh advised it is only prudent for President Akufo-Addo speedily delineate their functions and mandates.

The President has been criticised since announcing the nominees to head the ministries to help him prosecute his agenda.

Some policy analysts including President of a think-tank, IMANI Ghana, Franklin Cudjoe have asked the President to reduce the number of appointees.

He believed cutting these ministries would save the nation a lot of money which could be channelled to other areas they are badly needed.

But the President said contrary to claims making the rounds, the new ministries would work under the umbrella of the Office of the President.

"Our economy is in difficulty and it is, therefore, time for us to work hard and put the necessary steps in place to our help our people," he said.