Prof Gyampo commends Rebecca Akufo-Addo; asks MPs who have never been voted out of Parliament to refund ex-gratia 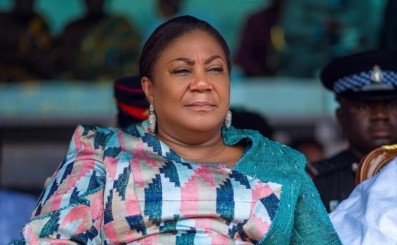 Associate Professor of Political Science at University of Ghana, Ransford Gyampo, has commended First Lady, Rebecca Akufo-Addo on her decision to refund all allowances paid to her, since January 2017.

According to the Professor, the decision is worth emulating.

The First Lady had declined an offer for allowances paid to her and the wife of the Vice President to be increased in line with recommendations by the Prof. Ntiamoa-Baidu-led committee. Her decision followed public outcry against the recommendation.

According to a statement issued by her office, Mrs. Akufo-Addo also “decided to refund all monies paid to her as allowances from the date of the President’s assumption of office, i.e., from January 2017 to date, amounting to GH¢899,097.84.”

Reacting to this in a write up, the Professor insisted that the First Lady must be lauded for her action.

“I won’t say you have succumbed to the legitimately expressed venomous pressure against the recommendation to regularize your allowances into salary.

“Rather, I will say, you have simply displayed some politically fine principles and conscience that do not come cheap. Well done. Others must follow,” he said in the statement addressed to Mrs. Akufo-Addo.

He further noted that Members of Parliament who have never been voted out of Parliament must also refund all ex-gratia paid to them since it is illegal.

DISCLAIMER: The Views, Comments, Opinions, Contributions and Statements made by Readers and Contributors on this platform do not necessarily represent the views or policy of Multimedia Group Limited.
Tags:
Ex-Gratia
Prof Yaa Baidu Ntiamoah
Prof. Gyampo
Rebecca Akufo-Addo