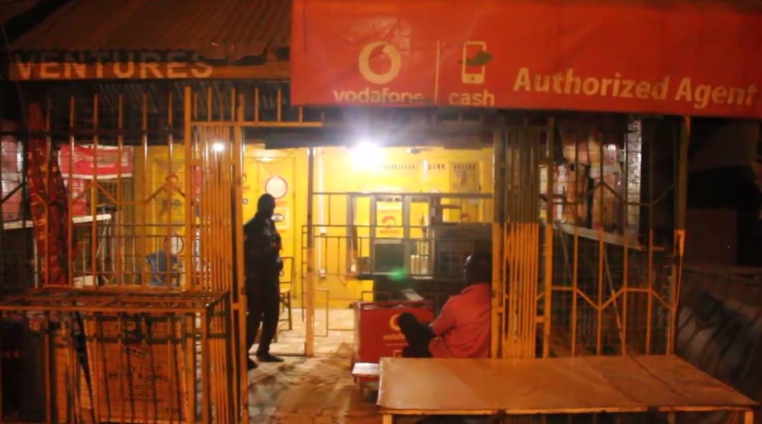 It beats logic as to why one should play down on security and safety even in one’s own backyard. Yet, when the unfortunate happens, we shout the loudest for government to step in and help.

I have just returned from my home region, from Bekwai District, to be specific. My biggest shock while there was witnessing the unacceptable lackadaisical approach by Mobile Money (Momo) agents to the security and safety of their operations.

I Kept pondering why the Telephone Companies (Telcos) are allowing their Momo agents to operate in the open on table-tops with no security whatsoever as if they were selling tomatoes in the open market. In this day and age, such an operation is preposterous, a dangerous venture and indeed a security risk, to say the least.

On the national level, it has been a worrying fortnight of reported attacks, robberies of high and low dimensions, some attempted or aborted, with some more involving loss of lives. Yet, in other parts of the country, MoMo agents are busy in the open engaged in customer payout and cash collection as if we live in a safe haven.

At Bekwai in particular, I experienced to my dismay how customers could line up waiting in the open at a supposed Momo outlet for cash withdrawal or pay in.

These agents, as I saw, were spread within metres of each other and, in some cases, just across the street. They were seated behind small tables in the open, with the table’s drawer serving as their safe deposit boxes. They serve customers from these drawers and count thousands of cedis in the open glare of all.

They are known all over in the central business district. A stranger only needs to ask, and without hesitation, they would be pointed to where they are gathered.

I waited in a queue with so much discomfort two Mondays ago to cash out money at one such Momo agent. I felt so much uneasy as I waited, watching the Momo agent eating and serving customers simultaneously in the open with no security consciousness on her part.

My fervent prayer was for me to get served and get out of there as quickly as possible.

One knows that Momo has come to stay, performing some of the valuable duties of a savings bank. One cannot over-emphasise the tremendous work they are doing and the convenience they provide when it comes to paying bills.

However, the table-top operations are not the best and gives cause for worry.  They are gambling with the security and safety of us all.  They seem to be taking huge risks in the services they are providing at a time when even those of their colleagues operating from secured kiosks or premises are being attacked with impunity by miscreants.

One wonders what kind of engagement the Momo companies have with their agents.  Can anybody just get up with no secured premises, register and get approved as an authorised agent?  What audit is done before they are issued with permits to operate?

Some of us were virtually lured into Momo account operation due to the inconveniences of COVID-19 lockdown. Before the lockdown last year, I had said no to internet banking or mobile money transactions.

However, for sheer necessity, I got hooked on to Momo and then became a victim of Momo fraud months later as all the money in my account got wiped out.

Painfully, My MoMo Company could not help in anyway and I lost hundreds of Cedis to some fraudster who presented himself as an employee of the Telco and wanting to help stop a fraud about to be sprung on me. Since then, my MoMo Company has done a lot of public education which could get customers to easily identify any such fraud. The education came too late for me.

To forestall the safety of agents and customers, I find there is the need to go many steps with the mushrooming table-top agents. It is said that prevention is better than cure.

They will need to engage their operators and make it mandatory for anyone registered to be an agent to operate from an enclosed, secured and protected space with adequate security. After all, an agent’s risky business rubs onto the cherished brands of the Telcos.

Definitely, their Momo businesses will not succeed if customers feel unsafe and insecure doing business with them.

It is time to move to save any nasty situation(s) in our country for a stich in time saves nine.

The writer can be reached via email: vickywirekoandoh@yahoo.com