Recent frequent rainfall is not a new phenomenon – Chief Forecaster 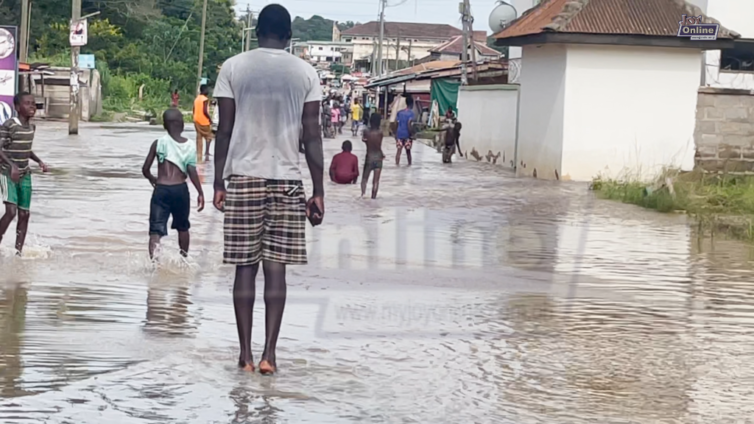 Many Ghanaians have expressed concern about recent heavy rains in some parts of the country, but the Ghana Meteorological Agency’s Chief Forecaster says it is not a new phenomenon.

According to Fecility Ahafianyo, La Niña is a global weather phenomenon associated with wet seasons in Western and Eastern Africa.

La Niña refers to the periodic cooling of sea-surface temperatures across the east-central equatorial Pacific – an oceanic and atmospheric phenomenon, that is the colder counterpart of El Niño, as part of the broader El Niño–Southern Oscillation (ENSO) climate pattern.

La Niña weather is a pattern that occurs in the Pacific Ocean. In this pattern, strong winds blow warm water at the ocean’s surface. As the warm water moves, cold water from the deep rises to the land surface rich in moisture suitable for rain cloud formation.

“When we have a La Niña phase, we have wet conditions in most of west and east Africa,” she explained.

“According to available data,” Felicity told JoyNews Mahmud Mohammed-Nurudeen, the phenomenon is not new, but “in terms of intensity, people should be concerned.”

She stated that each rainy season has its own variations, and this is one of the 2022 anomalies.

According to Felicity, the La Niña strengthened in the middle of June and is expected to weaken in April 2023.

This means that the country is likely to experience frequent rainfall patterns during these times.

“This year, we have a good rainy season during the main cropping season, and the La Niña intensity is about 91-94%.”

However, one major challenge is that its intensity can cause flash floods, threatening farmers’ livelihoods and other activities.

Some crops that do not require a lot of rain may be harmed, according to Felicity, and “that’s what we should be looking out for during the period.”

El Niño refers to above-average sea-surface temperatures that occur on a regular basis across the east-central equatorial Pacific. It represents the ENSO cycle’s warm phase.

The 1997-1998 El Niño event was followed by a prolonged La Niña phase that lasted from mid-1998 to early 2001. El Niño/La Niña events alter the likelihood of specific climate patterns around the world, but the outcomes are never identical.

She advised Ghanaians to stay up to date on GMet weather updates in order to plan their activities.

DISCLAIMER: The Views, Comments, Opinions, Contributions and Statements made by Readers and Contributors on this platform do not necessarily represent the views or policy of Multimedia Group Limited.
Tags:
Chief Forecaster
Fecility Ahafianyo
Rainfall