Reshuffle your managers; or look outside your party for fresh ideas - Prof. Gyampo to Akufo-Addo - MyJoyOnline.com

Reshuffle your managers; or look outside your party for fresh ideas – Prof. Gyampo to Akufo-Addo 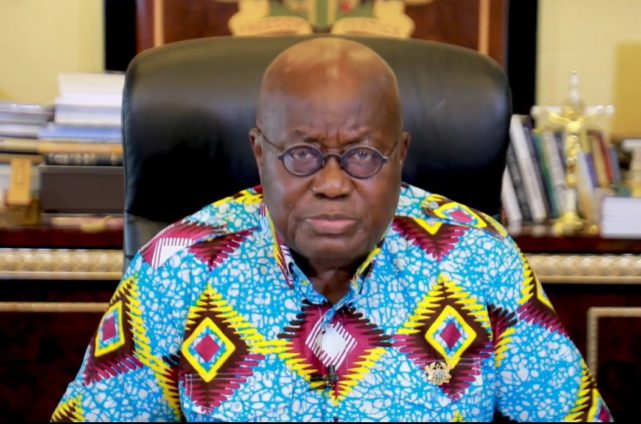 Amidst growing concerns over the high cost of living and the worsening state of the economy, a Political Scientist at the University of Ghana, Professor Ransford Gyampo, has called on President Akufo-Addo, to consider a reshuffling within his government.

According to him, this will help in bringing renewed energies to man affairs and better the fortunes of the country.

In a Facebook post on Wednesday, Professor Gyampo, suggested the reshuffling of government appointees, as part of other measures which the government can employ to deal with the hardship in the country.

“Finally, sir, I know you believe in loyalty and you trust those in whom you repose much confidence. But I think you must consider the possibility of reshuffling the managers of our finances and the economy, just to tap into fresh ideas and renewed energies in helping you sail us through the storms currently hitting us.

I believe you still have the men to help, else, please look outside your party, for we are all sinking in a common boat and where necessary, other Ghanaians must be brought on board for the rescue.

Your Excellency, I am of the firm belief and conviction that, these measures will help you garner the needed support from the citizenry in these difficult times, offer some solutions, and make the call for belts to be tightened, receptive and not repulsive”, portions of his post read.

Speaking to MyJoyOnline.com after his post, Professor Gyampo explained that Ghana’s democracy has moved from a ‘winner takes all” situation, to a “winner knows all” situation, where governments in power, fail to entertain ideas from other parties.

According to him, this is a practice which must be discouraged. Professor Gyampo said, for the country to achieve its desired targets, there’s the need for ruling governments to welcome ideas and inputs from all quarters.

In his open letter to the President, the lecturer also called on government to address the challenges of citizens instead of offering explanations on the state of the economy.

“Apart from Free SHS, your appointees and communicators have been super-incompetent in touting your achievements in a manner that ingrains them in the psyche of the people; thereby creating the impression that not much has been done. But this may be discussed in detail in another candid letter to you another time.

For now, my focus is on the hard times in which we find ourselves. There may be several legitimate explanations accounting for the current tough times. But as the Hobbesian account of the generation of the Leviathan show, the essence of instituting a government, is not to explain, but to solve problems; so we do not relapse into the state of nature”, Professor Gyampo said.

Some economists believe that the economy may collapse, if government fails to take immediate steps to remedy the situation.