Sammy Gyamfi commends GUTA, others for kicking against reversal of benchmark value discounts 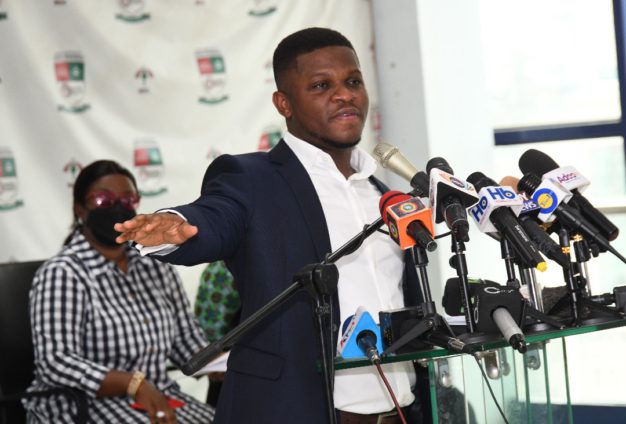 National Communications Officer for the NDC, Sammy Gyamfi, has commended the Ghana Union of Traders Association (GUTA), the Importers and Exporters Association of Ghana, and all those who stood against the decision by government to reverse benchmark value discounts on imports.

Sammy Gyamfi in a tweet contended the decision has been averted due to the efforts of such groups.

“This is Victory for the Ghanaian people,” he said.

“Together, we have averted what was going to be one of the most devastating economic policies in Ghana’s history. We have demonstrated that the power of the people is powerful than the people in power,” he added.

However, he stated that “until the policy is totally dropped, Aluta Continua!”

President Akufo-Addo on Saturday, January 9, 2022, directed the Ghana Revenue Authority (GRA) to suspend reversal of discounts on benchmark values for broader consultations to be held.

Indications from Asaase Radio further reveal that the consultations have begun in earnest, with a consensus to be reached by January 17, 2021.

Following this development, scores of aggrieved individuals decried the policy and called on government to rescind the decision accordingly. In this regard, the opposition National Democratic Congress organized a press conference addressed by the party’s National Communication Officer, Sammy Gyamfi who described the directive as “draconian”, and called on the GRA to reverse its decision.

“In conclusion, we wish to make the point, that Ghanaians have had enough of the deception and callousness of the Akufo-Addo/Bawumia/NPP government,” he said.

In an apparent reaction to the disagreement with the policy by stakeholders, the government has directed its reversal for the concerns of traders to be “sufficiently considered before a decision on implementation and its timing is finally taken”; Asaase Radio reports.