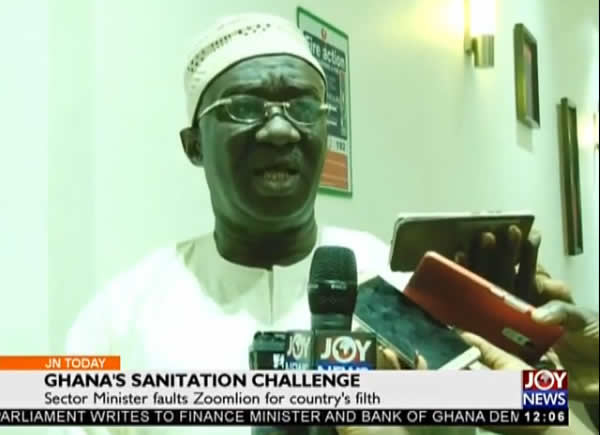 In a no holds barred speech, Sanitation and Water Resources minister has blamed waste management service provider Zoomlion for the filth which has engulfed the city of Accra and the entire country.

"I will blame it squarely on Zoomlion" Joseph Kofi Adda said at a forum where the CEO of the waste management company was present.

Zoomlion is one of at least 25 sanitation companies owned by Jospong which enjoys a near total monopoly over government sanitation contracts in Ghana. 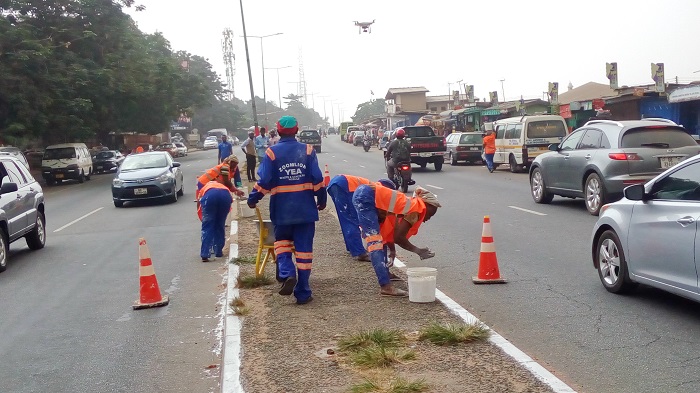 Under this contract, Zoomlion claims it has a total of 45,000 sweepers who are paid by the government. The government allocates GHS500 per person, but the terms of the contract allow Zoomlion to take GHS400 and pays the workers GHS100 a month. For 10 years, the government has paid Zoomlion without independently verifying the number of beneficiaries it claims to have.

This contract has cost the state at least 2 billion cedis since it began in 2006. This figure is expected to reach 2.2billion cedis when the contract is reviewed in June 2018.

The Youth Employment Agency has said it will not renew the contract with Zoomlion.

Zoomlion also has the Sanitation Improvement Package (SIP) contract signed with all 216 district assemblies to lift refuse to the dump sites.

The Assemblies had no control over the contract and monies are deducted from their funds straight from the central government source and paid to Zoomlion until late last year when the assemblies were given the opportunity to pay Zoomlion.

The third contract Zoomlion has with the assemblies is the final disposal site contract, which is run by Zoomlion and it's sister company, Waste Landfill Management Limited.

The fifth contract, which Zoomlion has with all the 216 assemblies in the country is a Fumigation contract. Almost every edition of the Auditor General's Report on the District Assemblies Common Fund has made adverse findings against Zoomlion on this contract.

Joy News investigation last year revealed that Zoomlion also had another fumigation contract from the Ministry of Health, which the company said was targeting mosquitoes.

Joy News also discovered that beyond these two fumigation contracts, the Ministry of Local Government and Rural Development awarded a GHS98 million contract to 11 companies, including Zoomlion to do fumigation for 20 days. All the 11 companies belong to Joseph Siaw Agyeong of the Jospong Group.

Indicting the CEO of Jospong Group, the Sanitation minister who is under pressure to live up to public expectation believes Zoomlion has not lived up to expectation.

"Dr. Agyapong, I am sorry to disappoint you here. Today, being engulfed in filth…I feel a little bit disappointed".

"We generate waste every day, so must we sweep every day. We ought to sweep, collect transport and dispose of every day. I don't think for the past year or so Zoomlion has done so well on that", he said.

He said the ministry, together, with the YEA would in the coming months review the arrangements to ensure that the assemblies have control over the sanitation workers and take responsibility for the cleanliness of their localities.

Dr. Joseph Siaw Agyapong in response defended his company's work insisting 'we are working…everywhere is clean'. It was a claim that drew widespread laughter.

President Nana Akufo-Addo has promised to make Accra the cleanest city in Africa by 2020.