Senior Staff Association of Universities of Ghana to embark on strike 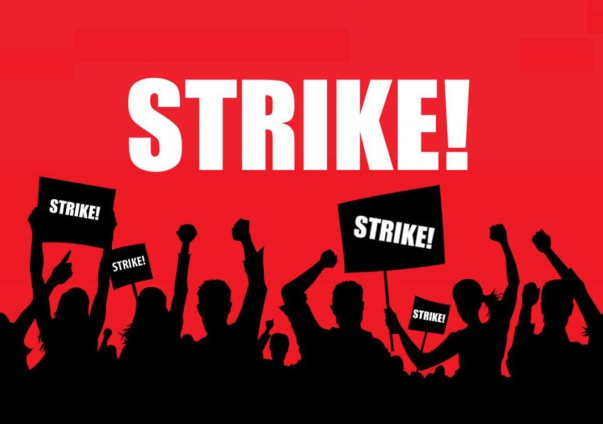 Speaking at a press briefing on Friday, the Association’s National Chairman, Abdul-Majid Yusif explained that the strike action has been necessitated due to government’s insensitivity to heed to the plight of its members.

He noted that government is headstrong with its failure to address their issues pertaining to study leave with pay, appointments and promotions, medical care for staff and their dependence, is responsible for the deteriorating conditions of service.

Urging all members to abide by the industrial action declaration, he said, “All members of the Senior Staff Association of Universities of Ghana (SSAUG) are required to lay down their tools and hoist red flags across all campuses.”

Mr Yusif also highlighted that attempts to get government to address their concerns regarding award of market premium and payment of tier 2 arrears of their retired colleagues have all proven futile.

This, he argued, is in breach of the Section 83 subsection 1(f) of the National Pension (Act 2008) Act 766, adding that the development has traumatised their retired colleagues.

Commenting on government’s decision to migrate the payroll of public universities unto the Controller and Accountant General’s payroll system, the Association ordered for its termination.

Mr Yusif insisted that the initiative could affect the smooth running of public universities in the country.

“We reiterate our call to government to stop the subtle moves to do so. Instead, we strongly advocate for a special dispensation akin to that granted to the security services and other [public institutions such as Cocobod with respect to salary administration so as not to truncate the smooth running of the public universities of our dear country.”

Mr Yusif then concluded that although the association sympathises with government over the financial woes that have been occasioned by Covid-19, they want their concerns addressed regardless.

DISCLAIMER: The Views, Comments, Opinions, Contributions and Statements made by Readers and Contributors on this platform do not necessarily represent the views or policy of Multimedia Group Limited.
Tags:
Senior Staff Association of Universities of Ghana (SSAUG)
Strike Action