Shatta Wale and I are strangers now – Michy 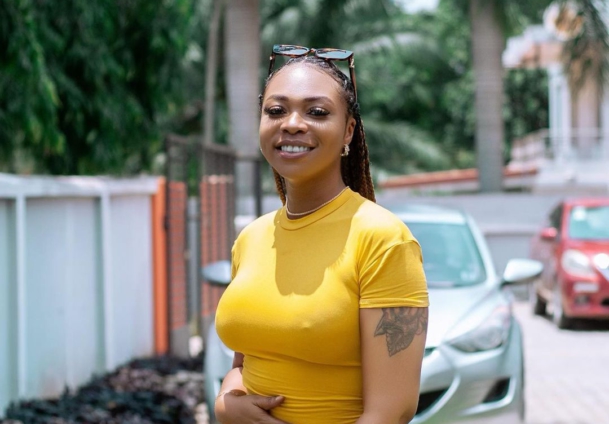 Michelle Diamond, popularly known as Michy, says she and her ex dancehall artiste Shatta Wale are not close anymore.

According to her, they are more strangers now, adding that they have nothing to speak about, and she prefers their relationship.

Revealing that it had been a while since she saw the ‘Melisa’ hitmaker, Michy said, on Daybreak Hitz on Hitz FM on Thursday, that “we have no business, so it’s okay, I actually like it this way. whether we speak to not, I’m happy, he’s happy, my child is happy, that is very important to me.”

Michy believes that just like many things in life, this relationship was meant to teach her some life lessons and hence had served its purpose.

“We have to know this is life; not everything will work out, not everyone is supposed to remain in your life. But, on the other hand, some people come to teach you great lessons,” she noted.

Shatta Wale and Michy broke up in January 2019 after he had proposed to her a month prior during his Reign concert. The couple shares a son.

The actress admitted that she had challenges as a single mother; however, she has found her footing now.

“They don’t give you a manual to be a mum, so I was trying to figure it out; it was crazy for me,” Michy said.

Asked about the relationship between Shatta Wale and his son, Michy did not divulge details; however, he noted that some people cannot be forced to do anything.

“Responsibilities like taking care of children is not something anybody should draw your attention to. I am dying if I can’t see my son smile; it’s a feeling that should be there. If it’s not there, it shouldn’t be forced,” she added.