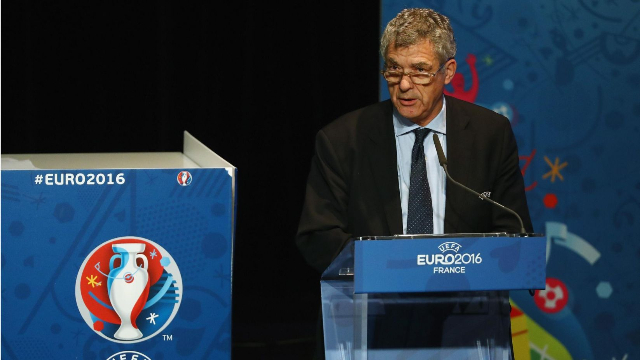 The head of Spain's soccer federation (RFEF) Angel Maria Villar, a FIFA vice president, was arrested on Tuesday after a raid on several offices in Madrid as part of an anti-corruption investigation, police said.

Villar, his son – named by Spanish media as Gorka – and several other Spanish soccer federation members were detained on allegations of collusion, fraud and embezzlement, the police said in a statement.

Spain's High Court said one of its investigating magistrates and anti-corruption prosecutors were leading the investigation.

Villar, a one-time midfielder for Athletic Bilbao, has been at the head of the federation for nearly 30 years.

He was fined 25,000 Swiss francs ($26,000) last year by FIFA's Ethics Committee for failing to co-operate with an investigation into the contest to host the 2018 and 2022 World Cups that triggered the worst crisis in the soccer world governing body's history.

Villar is also a vice-president of UEFA and ran for the presidency of that body last year to replace Frenchman Michel Platini before withdrawing, after being asked to stand for re-election at the RFEF.

FIFA and UEFA said in separate statements they were aware of media reports surrounding Villar but had no further comment.

The investigation into Villar is already several months old and stems from claims raised by the Spanish state's sports body in early 2016, police said.

At least four people were arrested in Tuesday's raids, according to police.

They included another member of the RFEF and an executive from the Tenerife soccer association, who are accused of misappropriating funds and siphoning them off to a company they both manage, police said.

The RFEF is due to hold an assembly on July 20 to approve the match schedule for Spain's next La Liga soccer season, a meeting usually presided over by Villar.