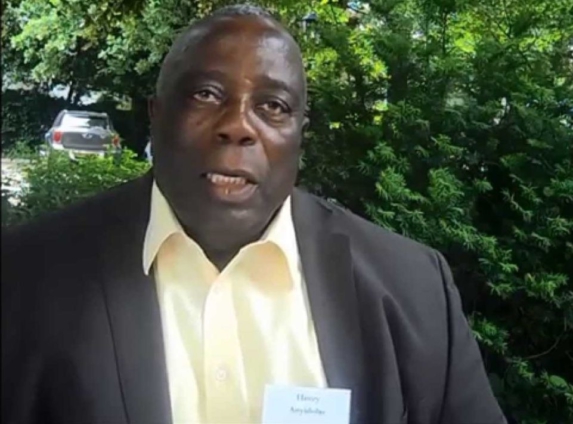 A retired Major General has cautioned political actors against preaching violence in the country.

Henry Kwami Anyidoho says the concept of war is not one that should be entertained, therefore, any act that is likely to cause electoral violence in the country must be condemned outrightly.

“I hesitate to talk about what happened in Rwanda some time ago because it wasn’t a good thing. We saw countrymen killing their own countrymen,” he said on Joy FM’s Super Morning Show.

His comments come as part of efforts to sensitise the public on the need for peace as the country prepares to go to the polls in December.

Ahead of the elections, there have been some incidents of violence especially in the just ended voters’ registration exercise.

Political parties especially the opposition National Democratic Congress (NDC) and the ruling New Patriotic Party (NPP) have accused each other of violent acts, with some political leaders urging their members to pay back violence with violence.

Mr Anyidoho, however, warned against this as he recalled his painful experience of the Rwandan war, where genocide broke the nation and displaced its people.

“Personally, I think people should not be going [about] warmongering because that is not good for us as a people,” he said.

DISCLAIMER: The Views, Comments, Opinions, Contributions and Statements made by Readers and Contributors on this platform do not necessarily represent the views or policy of Multimedia Group Limited.
Tags:
Electoral violence
Kwame Anyidoho