The Council of State can’t justify the amounts we spend on them – Prof. Agyeman-Duah 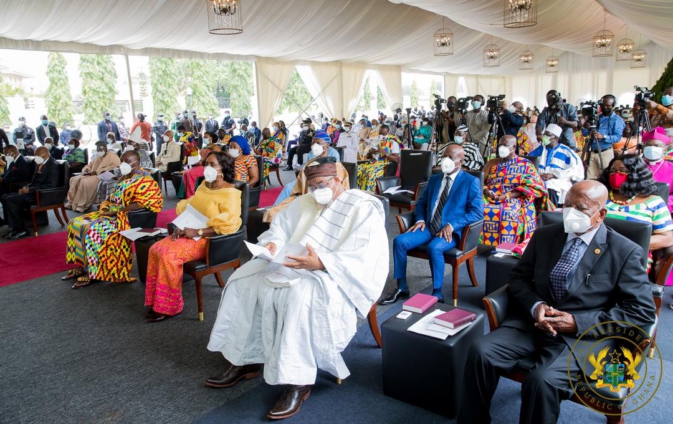 Former Senior United Nations Governance Advisor, Professor Baffour Agyeman-Duah says the Council of State should be entirely scrapped from the constitution of Ghana.

According to him, their role in the state machinery is redundant and merely contributes to the duplicity seen in several Ghanaian governments over the years.

He noted that their main mandate which was to provide advice to the President has been usurped by the Presidential appointments of special advisors; thus currently the Council is merely creating jobs for itself to justify the salary it receives.

Speaking on JoyNews’ PM Express, he said, “The creation is redundant. Before the Kufour administration when Professor Kwapong, the former Vice Chancellor of the University of Ghana was made the chairman of the Council of State, before then, the Council of State was existing mainly to give advice to the President.

“It was Kwapong who organized it and started getting them to write papers to do this to do that because otherwise, they had nothing much to do. So if they’re now creating jobs for themselves like my good friend Fuseini was saying, if there’s a crisis in this place they’ll go and sort it out and all, these are additional things they’ve created, otherwise they have nothing to do to justify the amounts that we spend on them and their bureaucracy.”

He further argued that “if it is a matter of advice, the President can call you, anybody of the 33 million people to get advice that he wants. The President can appoint Presidential advisors, because in spite of the Council of State any President can still appoint special advisors that he chooses to have and it’s been going on over the past 30 years. That’s why the Council is struggling to create jobs for itself. The Council can say we can do conflict mediation, sure, but then we have created Peace Council.”

Prof. Agyeman-Duah noted that the existence of the Council is merely another burden on the state’s coffers which should be made rid of as soon as possible.

“You see, I think there’s a tendency to create layers, duplications in the governance structure that without regard to the expenditure that we have to expend on these layers. And that’s another thing we have to be worried about.

“Because if we’re a country even though we believe we have lots of resources  yet we have not been able to manage our resources in such a way that all of us can live comfortably and at the moment we’re all struggling to make ends meet, why do we then spend money?” he said.

“See the problem we’re discussing is not the creation of any government or any President, it’s the creation of the constitution, that’s why in my humble view if we’re going to review the constitution certainly the Council of State is one institution that we have to give a critical look and perhaps to scrap it because in its absence nothing will change in terms of how Presidents get their advice and how they rule the country,” he stressed.

DISCLAIMER: The Views, Comments, Opinions, Contributions and Statements made by Readers and Contributors on this platform do not necessarily represent the views or policy of Multimedia Group Limited.
Tags:
Council of State
Professor Baffour Agyeman-Duah