The girl who wants to take ballet to Ghana’s streets 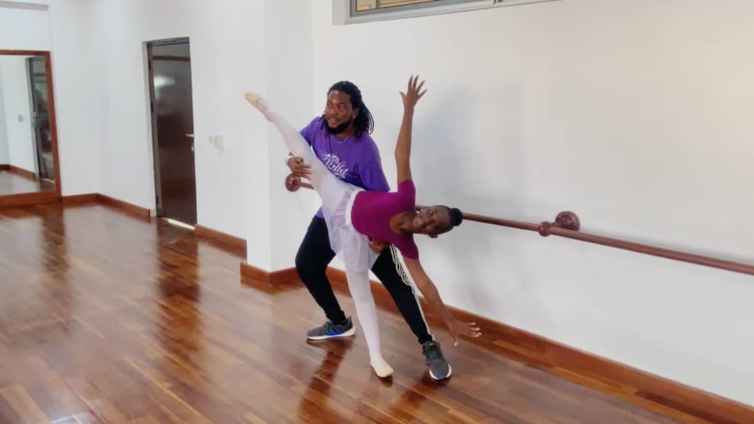 Jedidiah does many forms of dance but none has gotten her the attention that ballet has.

“People see me and they say many things. Some say it is beautiful. Some say I would get hurt and I cannot dance again. But they love it,” she says.

Jedidiah, 12 years, attends the Fountain Head Christian School in Accra. It was her sister, who saw advertising of ballet dance lessons happening at the Junction Mall in Nungua, who convinced her to join and train to become a professional.

“I think everyone saw it in me. When I was child, they say I used to tip-toe, I used to split my legs when I am walking and so everyone thought I could do it. I had to give my Dad a bunch of reasons why I wanted to do ballet and he said yes,” she says.

She is trained by Prince Solomon, he too a dancer who got introduced to ballet by a friend eight years ago.

“I was not interested initially. I said this dance is tough. Look at how the dance split their legs. Look at how jump. I was scared,” he said. “I finally took the challenge and now I am here”.

Solomon runs ballet lessons at the Healthy Minds School which is in the Accra suburb of Madina. His classes focus mainly on children.

“My classes have built the confidence levels of many children. “There are children who used to shy away from people in public. They were scared to come into people but now, when they see people, they open up and are confident,” he says.

Jedidiah, like some of the young people who train with Solomon, wants to be one of the first professional ballet dancers from Ghana to hit the world stage.

“I do not know where this will take me but wherever it does, I want to go and do my best,” she says.

What else do you want to do with your ballet? I asked her.

Her teacher, Solomon, himself a native of Accra, wants to do same too.

“I want ordinary people to learn and dance ballet the same way the rich people do. I want money and an appropriate space where I can even bring children from the slum to learn ballet,” he says.

The history of ballet started around 1500 AD in Italy. Terms like “ballet” and “ball” come from the Italian word “ballare,” which means “to dance.”

Since its inception, it has largely been a dance for elites and the privileged. Jedidiah wants to change that. At least in Ghana.