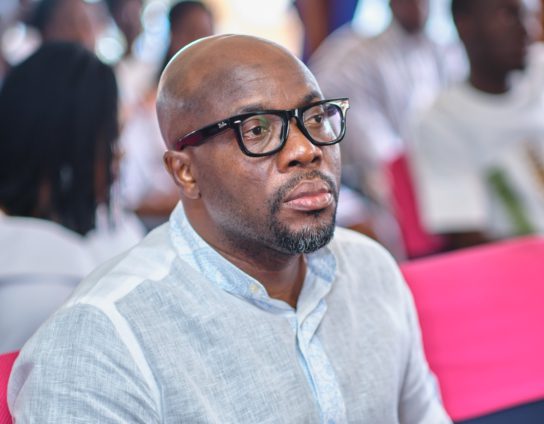 Uncle of the deceased Joy Brands Manager, Elvis Kwashie, says humility is the greatest legacy his nephew left behind.

Speaking on the Super Morning Show on Friday, March 11, 2021, Mr Joshua Dzidzornu, affectionately called Uncle Josh, asserted that one trait Elvis exhibited since childhood, which can impact generations, is his humility.

“Elvis was a very humble person. [Growing up] He was someone who didn’t want anyone to scold him, so he always did the right thing,” he said.

“Materially, we can talk of a lot, but if we’re talking about what he has left which we can build on, it’s his humility, selflessness, and respect for humanity,” he said.

He said this as part of discussions of the show in remembrance of the late Elvis Kwashie.

Commenting on the state of affairs after the departure of their beloved, Mr Dzidzornu said the family is yet to come to terms with the loss.

“His death has caused great havoc to the family. Everyone was looking up to him, and everyone is still devastated, ” he said.

On Saturday, March 12, Elvis Kwashie will be laid in state at the forecourt of the State House in Accra at 8 am for public viewing and burial service.

Subsequently, the body will be conveyed to his hometown, Asadame in the Volta Region, for burial.