Elvis Kwashie was transparent; he voluntarily gave his phone to his wife - Omane Boamah - MyJoyOnline.com

Elvis Kwashie was transparent; he voluntarily gave his phone to his wife – Omane Boamah 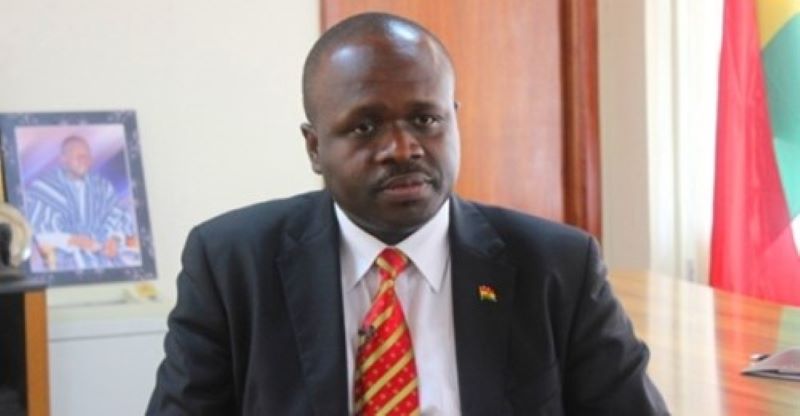 A former Minister for Communication, under the erstwhile Mahama administration, Dr Omane Boamah, has paid glowing tributes to the memory of the late General Manager of Joy Brands, Elvis Koku Kwashie.

He described him as a transparent person.

In a tribute read at Elvis’ funeral on Saturday, the former NDC appointee described Elvis as a man who exhibited refined virtues in all his dealings and undertakings.

According to him, his 10-year rapport with Elvis gave him a first-hand experience of the professionalism and calm with which Elvis carried himself.

Dr Omane Boamah added that transparency was one of his hallmarks, both as an individual and in his professional work.

“I was at Elvis’ bed side the very first night he was admitted to the University of Ghana Medical Centre (UGMC).

“He was expected to be discharged to continue treatment at home in due course, then, a subsequent visit and further follow-ups showed that his condition changed, worsened and eventually passed on to eternity.

Elvis was a good man. A very good man, I must add. As an avowed devotee of Jesus Christ, he represented the very essence of goodness.

He was very transparent – even when he was wide awake in the hospital, he voluntarily handed over his phone to his lovely wife, Cynthia, not fearing any calls will come in. This is uncommon in many homes today”, Dr Omane Boamah emphasised in his tribute.

In eulogising his good friend, the former minister of state also stressed the good working relationship he had with Elvis, despite occasional disagreements, which he said did not lead to any feisty exchanges between them.

Dr Omane Boamah’s tribute adds to the tons of many others from many individuals who extolled the character and personality of the late Elvis Kwashie.