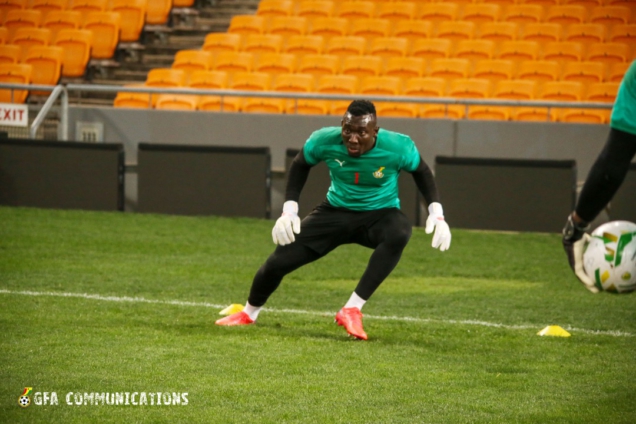 Goalkeeper of Ghana’s senior national team, Richard Ofori, has responded to criticism concerning the team’s performance against Ethiopia at the Cape Coast stadium.

The Orlando Pirates shot stopper believes at the end of the day, the most important thing is to win games and win trophies because that is what people will remember.

Ofori, who addressed the media at the pre-match conference in Johannesburg, stated that Ghana’s long-standing history means expectations will be high.

“The things our predecessors did have made things what it is today. That is the nature of our country, so you need to adapt to the pressure and make sure you make them proud by winning.”

Ghana have scored just four goals in their last five games, but the 27-year-old keeper insists winning is the most important thing in football.

Ofori believes Ghana has what it takes to surprise Bafana Bafana despite being without various key players.

“I know my colleagues, we have been together for a couple of days and we want it badly so at the end of the day it’s just a matter of who wants it more so it is determination and we are determined and we hope everything will go well on the field of play so that at the end of the fay we will make our country proud.”

Ghana currently top Group G in the World Cup qualifiers and will be hoping for a positive result at the FNB stadium on Monday afternoon when they play South Africa.

DISCLAIMER: The Views, Comments, Opinions, Contributions and Statements made by Readers and Contributors on this platform do not necessarily represent the views or policy of Multimedia Group Limited.
Tags:
2022 World Cup Qualifiers
Black Stars
Richard Ofori
South Africa