Thomas Partey to have scan after injury against Chelsea 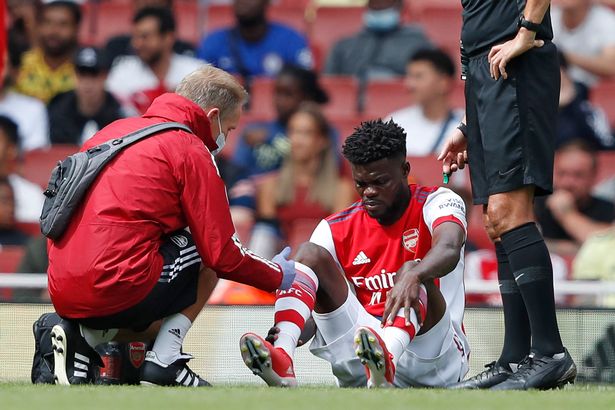 Arsenal midfielder Thomas Partey will have a scan on an ankle injury that he suffered during their pre-season friendly against Chelsea.

The two Premier League sides played against one another on Sunday as Chelsea won 2-1, and to compound their disappointment the Ghanaian midfielder was caught by Ruben Loftus-Cheek.

The 28-year-old left the pitch in the first half as Arsenal boss Mikel Arteta was not optimistic.

“At the moment it’s not looking good because he was in pain and he could not continue which, for Thomas, is pretty unusual,” he said.

It is not yet clear if Partey will be ready for Arsenal’s season opener on August 13, when they visit new boys Brentford.

Fellow midfielder Granit Xhaka had been expected to join Roma but that move has fallen through and Arteta confirmed he would start the season with Arsenal.

“Granit is going to stay with us,” said Arteta.

“He is a player who we rate and value so much. He’s a key member of our squad.

“He wanted to play today and I think it’s a clear commitment from his side that he wants to be here.”