Togbe Afede distances himself from publications on Agyapa Royalties deal 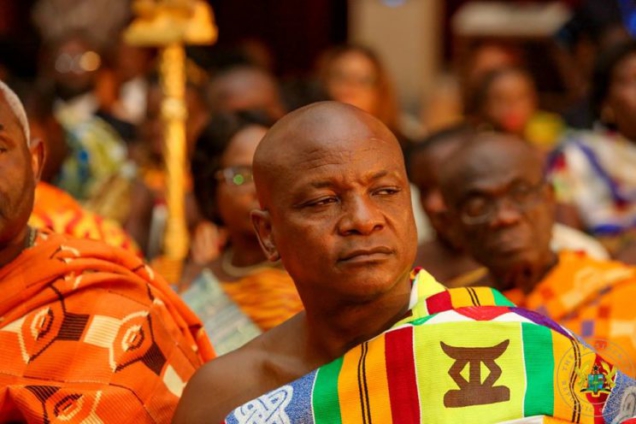 The National House of Chiefs has asked the general public to disregard publications that seek to draw Togbe Afede XIV into conversations on the Agyapa Royalties deal.

The House in a statement said neither the House of Chiefs nor its President has issued any statement regarding the agreement, therefore, publications of that sort must be disregarded.

This comes at the back of publications making rounds that Togbe Afede XIV kicked against some ethnocentric comments made by former President John Mahama on the Agyapa Royalties agreement.

In an earlier statement, purported to be emanating from the camp of Togbe Afede Afede XIV, the Agbogbomefia of Asogli was condemning the sharing of a Facebook post which was first seen on the timeline of MP for Bolga Central Isaac Adongo by former President John Mahama.

The Facebook post was suggesting that the Agyapa Royalties Investment deal is a fraudulent deal between President Akufo-Addo and the people of Akyem in the Eastern Region.

This followed the statement which said such comments promote ethnocentrism which is not healthy for the country especially as it approaches the 2020 December polls, therefore, must be condemned.

But Togbe Afede XIV in another statement signed by Public Relations Officer of the National House of Chiefs Stephen Owusu, is distancing himself from the statement.

He noted that neither the President or leadership of the House of Chiefs has issued any release in that regard, therefore persons who have a hand in the publication are “people obviously searching for ways to legitimize wrongdoing.”

“The House wants to state without equivocation that neither the President nor the leadership of the House has issued such a statement or press release.

“It is, therefore, preposterous for any person or group of persons to attempt to draw the President and the National House of Chiefs into the controversial Agyapa/Asaase royalties transaction,” he said.

The House of Chiefs has further urged the Inspector General of Police and the Director-General of Criminal Investigations Department (CID) of the Ghana Police Service to “institute a thorough investigation into the false publication.”

DISCLAIMER: The Views, Comments, Opinions, Contributions and Statements made by Readers and Contributors on this platform do not necessarily represent the views or policy of Multimedia Group Limited.
Tags:
Agyapa Mineral Agreement
Togbe Afedzi