Top 5 healthy meals to enjoy when in Ghana 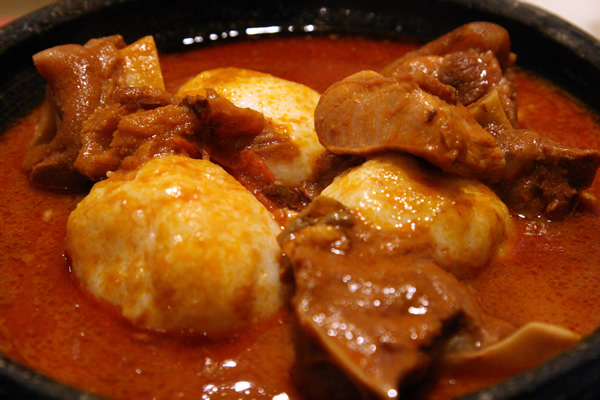 Food is a major item on every traveler's agenda. Most tourists and travelers give extra attention to the variety of food options available in the locations where they travel to. Many foreigners are usually looking for something interesting but healthy to try when they visit a new country. Here are a few tasty and healthy meals to discover while in Ghana. This meal is popular around Africa in many different forms. The basic ingredients remain the same however the difference is mainly in the preparation technique and process. Also the accompanying sauce or soup makes the difference in many African countries. Countries in Africa that have variations of fufu include Nigeria, Togo, Ivory Coast and Benin. Fufu is generally a pounded mixture of boiled plantain and cassava. Sometimes for the sake of variety, other starchy foods are mixed to make fufu. Fufu is made in Ghana by pounding in a "mortar and pestle" (the locally made wooden equipment used to make fufu). A number of soups and sauces accompany fufu to make it very delicious – the most popular soup is the Ghanaian light soup, groundnut soup and palm nut soup  are also great substitutes.

This meal of fufu with any of its accompaniments is said to be of very high nutritional value as it contains a high amount of carbohydrates and protein Fufu is eaten nationwide but it is mostly associated with the Ashantis and Akans. It is also believed that they make the best fufu in Ghana. You cannot visit The Ashanti region  without eating fufu. Also known as T.Z, it is prepared using maize or millet. There are two types of millet that may be used, guinea corn called “kemolega” and early millet known as “nara”. Harvested millet is well dried for 3-4 days. It is then thoroughly pounded and the chaff is separated from the grains.

The flour produced after grinding is mixed with water and allowed to ferment for a day. The fermented mixture is then used to prepare the TZ with some additional flour. Tuo Zaafi can be taken with a lot of soups depending on taste: groundnut paste & okro soup, as well as palm nut & okro soup. It is very high in protein content (15%) which makes it a very important addition to a vegetarian diet. This meal is a traditional meal for the Hausa people in the northern part of the country but is enjoyed by people country wide. T.Z is one delicacy you cannot miss out on when in Ghana. Yummy !!!

This is made from a mixture of fermented corn and cassava dough. This mixture is then cooked in hot water until a smooth, whitish consistent starchy paste is produced. It is made in irregular shaped balls and the size is usually determined by the cook. Banku is eaten with a wide variety of soups and sauces as well. Currently, the most popular ‘’banku’’ meal in Ghana is one that comes with grilled or fried tilapia, popularly known as ”Banku and Tilapia” and served with hot pepper sauce, garnished with onions and green pepper.

Other “banku” accompaniments include okra soup/stew, groundnut soup, palmnut soup, tomato stew and egg stew. Banku is generally considered as a food for the coastal areas of Ghana because the fishing communities eat it a lot. When fisherfolk return with fish the fastest meal to prepare to accompany the fish is banku. The Ga, Ewe and Fantes make different variations of the banku by changing the preparation process or the quantity of the binding agent (water) in the mix. The name “banku” is a termed coined by the Gas. The Ewes call it “akple” and the Fante’s call it “etew”.

This is a regular component in the meals of the Gas and Fantes. Kenkey in Ghana is in two forms; the “Ga Kenkey’’ also known as “komi” and the ‘’Fante Kenkey” also known as “dokono”. Both types are produced from fermented corn dough and the difference is a slight twist in the production process. While the Ga Kenkey is wrapped in maize husks, the Fante Kenkey is wrapped in plantain leaves which changes the flavour of the meal. The Ga Kenkey is also produced by adding a little salt and the dough is fermented for up to 3 days whereas the Fante Kenkey is made with no salt added and the dough is fermented a little longer. Kenkey is also accompanied by a vast variety of soups and stews although it is mainly eaten with grinded pepper and fried fish.

You cannot come to Accra, Cape Coast or Takoradi without eating Kenkey. 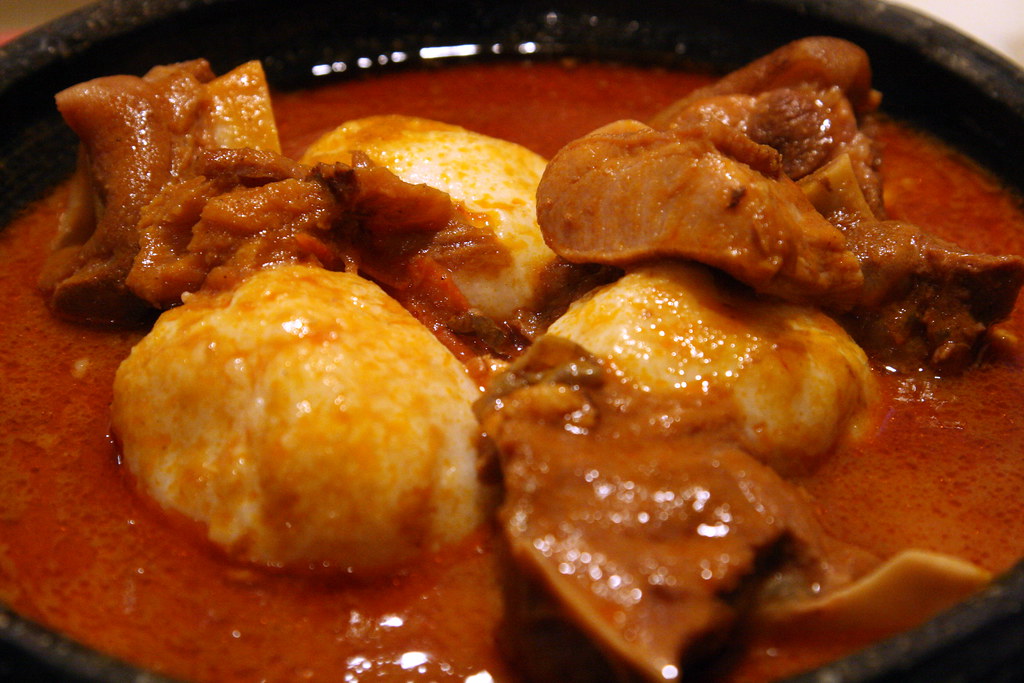 This is a very easy meal to prepare and it involves little time with just a few ingredients. It is also known as rice balls. “Omotuo’’ is made from white rice. This meal is eaten all over Ghana but is mainly a dish for the Akan tribe. Omotuo is eaten with either groundnut soup or palm nut soup with lots of fish and/or meat.

No matter where you find yourself in this rich, historic west African nation, there is something interesting to try. However, one should be careful of where he/she buys these meals as a little error in its preparation or the surroundings may cause some stomach upsets. Many hotels in Ghana now have restaurants that serve both local and continental dishes and so it is very easy to find any of these delicacies on their menu.