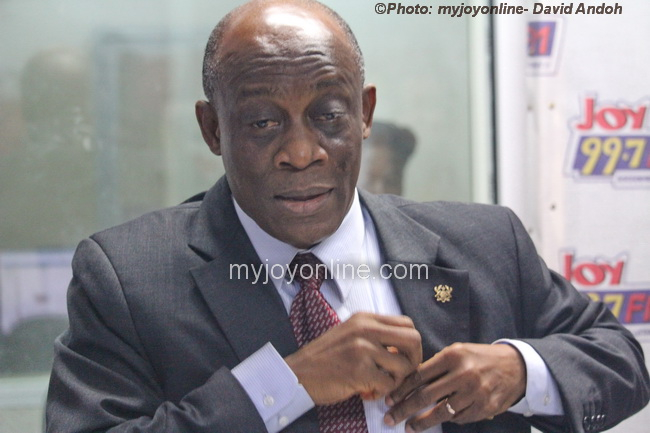 RELIEF FROM MMDA LEVIES & OTHER TAXES

Part III continues this 3-part series with the extended tax measures, both reliefs and non-reliefs, that exceed the original seventeen (17) in the 2017 Budget. The waiver of “kaya yei” and “religious bodies” taxes by Metropolitan, Municipal and District Assembly (MMDAs) impinges on the 1992 Constitution (i.e., Decentralization) and Local Government Act, 1993 (Act 462). The debate on reliefs for the Securities and Exchange Commission (SEC) and Ghana Stock Exchange (GSE) gains is about the justification for extending a 30-year “infant industry” tax incentive.

The others measures include the increase in the top marginal rate of Personal Income Tax (PIT) and a new “luxury” vehicle tax that converts a DVLA’s Inspection (User) Fee into a tax. Since the publication of Parts 1 and 2, Parliament has repealed the vehicle luxury tax and increased the ESLA energy and road fund levies.

The waiver of “kaya yei” and “religious bodies” levies requires (a) gazette notification and amendments by MMDA under the 1992 Constitution (Decentralization, Chapter 20)—specifically, Articles 240(2){c} and 250(2){b}; and (b) amendment of the Local Government Act, 1993 (Act 462). Hence, it is not enough to issue only administrative directives.

While popular, there is no class of “kaya yei” levy at central or MMDA level to abolish. “Kaya” (hire) and “yei” (“women”, plural) in Ga-Adangme describe labour-intensive activities of porters who carry goods in head-pans or bowls as vocation, particularly in Makola in Accra.

In tax equity terms, the male vocation is “cart” and “wheel-barrow” pushers in cities and towns. All MMDAs charge a generic levy or toll on petty itinerant or stationery hawkers and traders in local markets and on street-sides. Hence, both activity and toll are not unique to “kaya yei” in the Accra Metro area.

A similar promise to abolish MMDA levies on “religious bodies” is vague in tax terms. The main Christian, Traditional, and Moslem faiths operate in (a) different sizes and in large and small MMDAs; (b) perform profit and non-profit activities with different tax implications; under (c) central and MMDA tax, levy and fee structures. For example, MMDA rent (central) and property (MMDA) tax ratings and laws cover edifices that are (i) commercial (e.g., printing presses, bookshops, and insurance), (ii) non-commercial (e.g., chapels, mosques, shrines, and schools) and (iii) mixed (e.g., church or mosque manses or residences and halls).

No legal backing (to date) for the waivers

The MMDA taxing powers under the Constitution and Act requires MOF and Ministry of Local Government and Rural Development (MLGRD) to take steps to (a) amend the Act, and (b) pass and gazette over 200 Assembly “Resolutions” to make the waiver effective. No Bill or Memo has gone to Parliament because it is not fiscally prudent to remove such levies from the revenue base of rural and non-rural Assemblies.

Contrary to the emphasis on reliefs, there was a campaign for churches, particularly, to pay more taxes. The irony in “robbing Peter to pay Paul” may not be lost them since some suggest that they pay taxes on earnings from non-profit activities such as tithes and collections.

It is unfair to target churches because the law on profit and non-profit activities covers all non-profit organizations (NGOs), civil society organizations (CSOs), and religious entities. The pay taxes on commercial activities—currently through PAYE withholding on salaries of the clergy and lay officials and CIT on profit activities such as transport, restaurants, and rental properties.

Government linked the waiver of import duty on spare parts to Abossey Okai—a suburb of Accra where firms known for second-hand goods. It is not fiscally prudent since, as Ghana is a major transit point, it increases the risk of smuggling and revenue loss. It also measures requires extensive consultations among governments and customs authorities to implement effectively.

The administrative, policy and legal “tweaks” continue since Ghana (a) belong to the ECOWAS Customs Union; (b) cannot waive, raise or reduce duties unilaterally; (c) uses a Tariff based on WCO and WTO customs and trade rules—defined by commodity, not “end-users”; and (d) has other clusters for second-hand spare parts and good, notably Kumasi Magazine.

The 30-year capital market “infant industry” relief for the Securities and Exchange Commission (GSE) permits and Ghana Stock Exchange (GSE) investments from 1989 were foundation incentives to encourage the growth of the securities industry. They waived capitals gains on GSE (secondary market) shares, bills, and bonds and exempted the financial sector from the 0.5 per cent stamp duty on the equity or capital to register a securities business. Both were terminated as part of reviews for passing the new Income Tax Act, 2015 (Act 896).

The debate over the restoration of these 30-year tax reliefs borders on whether the industry should retain its “infant” status. The sector a key part of the “new” economy, as led by the financial sector—in which context the argument is about the need for Ghana to expand its tax base beyond the “old” economy to strengthen the fiscal regime.

It is argued that, at its “mature” 30-year point, services have become the largest sector while profits and capital gains accrue to affluent persons. Hence, a cardinal tax rule dictates that a tax on capital gains will make the regime fairer. However, to promote savings among low-income persons, the government could limit the exemption a given income threshold.

Recent reversals of some 2017 tax reliefs have mitigated their impact and as the new taxes and rate, enhancements increase the burden on taxpayers and slow the economy.

The 2018 Mid-Year Review increased the PIT top marginal rate from 25 to 35 per cent and, as Table 1 shows, also adjusted the tax brackets or bands. By end-2018, the top rate was reduced to 30 per cent in response to widespread dissatisfaction. PIT falls mainly on employee salaries and allowances as well as profits of self-employed persons.

A countermeasure to tax reliefs

The PIT rate increase is counter the tenor in 2017 to reduce taxes. The increase makes the PIT regime progressive—as is the increase in exempt threshold from GH¢2,592 to Ghs3132. However, the mitigating points include:

– the tax revenue from these low-income categories offsets the loss from equating the minimum wage with the personal exemption in the zero (0) bracket;

The increase in PIT top marginal rate is the most significant rate increase for the income tax (corporate and personal) since the mid-1990s—the Structural Adjustment Program (SAP) and Economic Recovery Program (ERP) era.

The 2019 Mid-Year Review increased the ESLA levies by 20p per litre for petrol and diesel, and 8p per kg for LPG. It notes: “This will increase inflows and enable Government issue additional bonds to pay down our energy sector debt obligations.” The “nuisance” to “saviour” move proves that the fiscal consolidation is based on “offsets” and off-budget activity, not explicit GIFMIS payments.

The 2018 and 2019 Budgets imposed a tax that increases with the cubic capacity (cc) for luxury vehicles but was reversed in the 2019 Mid-Year Review because it did not generate the expected revenues and was unpopular. Other reasons include (a) import duty has a higher rate for luxury vehicles; (b) the excise duty rate is also graduated; and (c) by reason of being ad valorem, luxury vehicles with high capacity pay more tax under special petroleum tax and ESLA.

The FY2008 CST ad valorem rate of 6 per cent was for Youth Employment. The 2019 Mid-Year Review extends its base on per-minute calls and interconnectivity charges to television and radio broadcasting. Further, it increases the rate to 9 percent to “develop the foundation for the creation of a viable technology ecosystem in the country”. The new CST will be assigned to the technology ecosystem and youth employment programs in a 6:3 ratio. In principle, though they are consumption taxes, the CST, GETFund, and NHIL will not benefit from VAT ITC.

Parliament passed the Tax Amnesty Act, 2017 (Act 955) for a period of 9 months from January 2019 and covered non-registration, non-filing and non-payment. The measure is to generate an approximate amount between Ghc300 to Ghc500 million. The outcome is in line with those who expressed doubt about its success—as happens in other countries. It is a beaten path, with tax experts warning against a journey that often ends in failure for countries.

The extended “tax measures” negate the 2017 reliefs because some of them were (a) counter-productive (e.g., blocking VAT ITC); (b) ambiguous for lack of category (e.g., “Abossey Okai” spare part dealers); (c) hastened without thinking through their fiscal implications (e.g.,  waiver of MMDA levies); (d) discontinued (e.g., SIL and NFSL); and (e) increased the tax burden (e.g., increase in Levies and CST).

The lasting effect is the distortion of an overall tax structure that took more than a decade to streamline. These include (a) blocking VAT ITC directly (e.g., VFRS) and indirectly through decoupling the NHIL and GETFund levy—proxy VATs and fiscal transfers; and (b) new punitive taxes (e.g., luxury tax) outside the excise structure.

Despite the increase in revenue from two additional petroleum fields, expenditure pressures have resulted in deferment of the removal of temporary taxes, as part of corrective or austerity programs. It is also necessary to expand the tax base to cover the relatively elastic “new” economy, compared to reliance on the over-burdened “old” economy.