Ugandan President Yoweri Museveni is on a six-day march through the jungle, walking 195 km (121 miles).

He is retracing his forces’ 1986 route when they seized power after the fall of Idi Amin and Milton Obote.

Critics have dismissed the march as a stunt ahead of Uganda’s elections next year when Mr Museveni is expected to seek a sixth term in office.

Mr Museveni, 75, is facing a challenge from pop star Bobi Wine, who portrays himself as a champion of the poor.

Mr Museveni will end his march in the western town of Birembo, the site of one of the fiercest battles between Mr Museveni’s rebels and then-President Obote’s troops, on 10 January.

The president’s senior press secretary, Don Wanyama, told AFP news agency: “This is a journey that the president is leading, a journey through the past to appreciate the present.

“The journey will take a week through the jungle, a route the liberators led by Museveni took to liberate the country.”

He tweeted a photo of crowds of people lining the road to greet him, saying they gave him “nostalgic memories”.

The people from Galamba, Kabale, Katabi, Nakatunda, Masulita, and Lukungudde. Those who waited on us as we made way through the routes on the first phase of this symbolic trek, I thank you. You have given me nostalgic memories. #M7Trek pic.twitter.com/d5eFAb8LBK

Mr Museveni is one of Africa’s longest-serving leaders.

Mr Wine – whose real name is Robert Kyagulanyi – told AFP that the president’s walk was “wasteful”.

“My advice is, rather than spending taxpayers’ money on such trips, Museveni should know time is up for him to leave power,” Mr Wine said. “The time for hoodwinking peasants has passed him.” 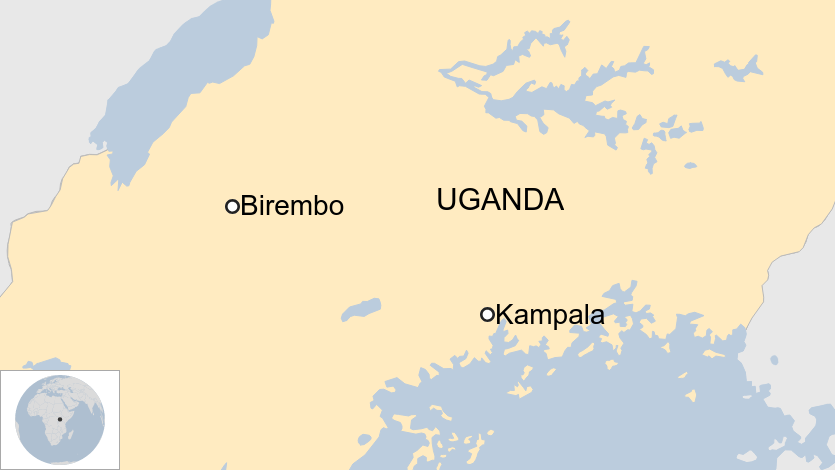 “Ugandans deserve better than a president walking through a jungle,” he said.

“Time spent should be used for other important issues affecting the country, especially how he plans to hand over power.”