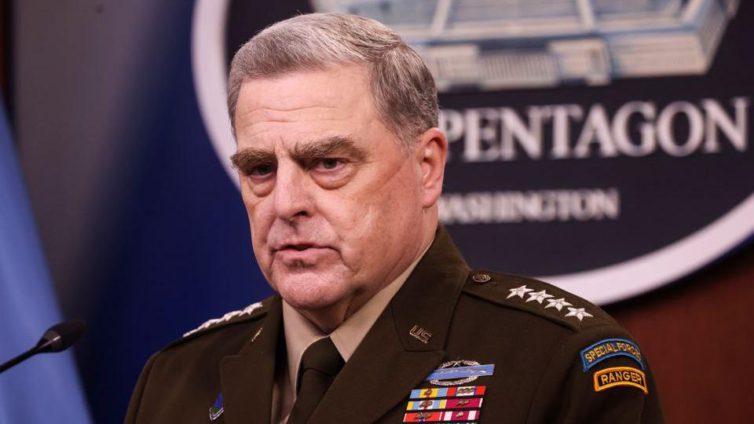 The top US general and the secretary of defence are being questioned in Congress over the military withdrawal from Afghanistan last month.

US troops had to accelerate their withdrawal after Kabul fell to the Taliban on 15 August.

Senator and committee leader Jack Reed said that lawmakers want to understand whether the US “missed indicators” of the government’s collapse.

The US has said it will now move toward counter-terrorism missions.

The hearing, held by the Senate armed services committee, comes weeks after a chaotic withdrawal at Kabul airport as foreign powers sought to get their citizens home and thousands of desperate Afghans begged for rescue.

A suicide attack killed 182 people during the withdrawal operation. Thirteen US service personnel and at least 169 Afghans were killed by the airport gate on 26 August.

Another US general, Kenneth McKenzie, will also appear. As head of US Central Command, he oversaw the withdrawal from Afghanistan.

In the weeks between the fall of Kabul and the withdrawal deadline of 31 August, the US evacuated its remaining 4,000 troops. It is also taking about 50,000 Afghan refugees who were airlifted out of Kabul.

As many as 20 people died in the crowds which gathered at the airport in the days after the Taliban takeover.

Who is Gen Mark Milley?