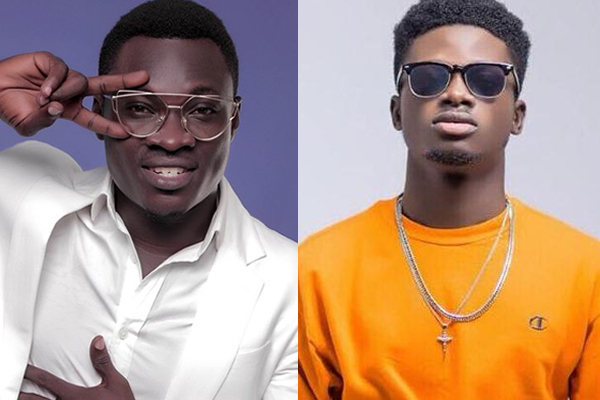 Speaking on Daybreak Hitz on Hitz FM, Docta Flow said those lines are lyrics he wrote in the ‘Chichinga’ song which also features Kuami Eugene.

“We did the song before Kuami Eugene was signed unto his label. A year and some months after the song was released, I went to Lynx office, to meet Kuami and his manager but they treated me as if my song was substandard,” he added.

According to him, every suggestion he made to get a video done for his song or rewrite the song was shot down.

Docta Flow explained he again suggested another collaboration but Kuami Eugene said his plate was full.

“Because they had made me feel so, I was shocked to hear him use my words in a song,” Docta Flow stated.

He told Andy Dosty, Tuesday that he expected the ‘Confusion’ hitmaker to credit him in the song or acknowledge him.

Docta Flow explained he does not want to take the issue to court but wants to raise awareness concerning song theft and the copyright issues.

He said many underground artistes sometimes are not given a hearing when their songs are stolen by artiste in a much higher position.

Hitz FM’s effort to reach Okyeame Kwame to ask him questions on the song proved futile as the singer has travelled abroad for a show.

The management team of Kuami Eugene also refused to comment on the matter.

Kuami Eugene over the years has been accused severally of either stealing lyrics or a beat of another song. First, it was ‘Angela’, then ‘Confusion’ and ‘Wish Me Well’.

Recently he was accused of stealing lyrics for his verse on the Vodafone Ghana Music Awards (VGMA) 2019 theme song titled ‘Our Music Lives’, featuring the voices of Amandzeba, KiDi, Adina, Joe Mettle, Teephlow and Kuami Eugene.

According to reports on social media, the ‘Aku Shika’ singer's verse was sampled from a song titled ‘Ragamuffin’ by a female Jamaican Dancehall artiste, Koffee.

In an interview, Kuami Eugene said he was not fazed by the accusations.

Watch the full interview below: