We are not too excited, we knew Mahama’s petition will be rejected – Freddie Blay 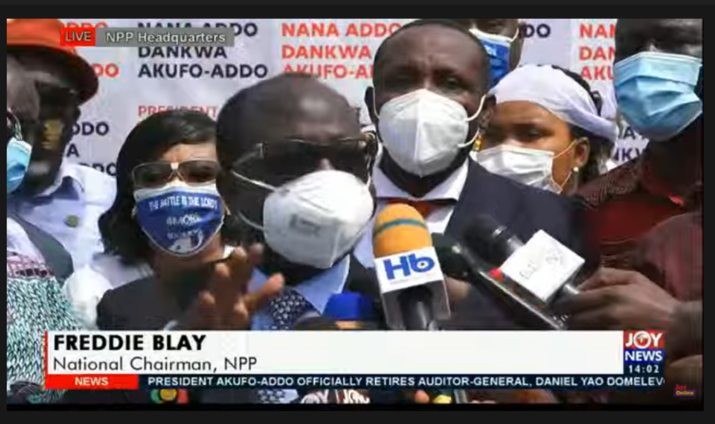 The National Chairman of the New Patriotic Party (NPP) Freddie Blay says it was obvious Mahama was going to lose the election petition case even before the Supreme Court gave its verdict on Thursday.

Speaking at the party’s headquarters after the court’s verdict, he emphasised that, the petition presented to the apex court held no grounds.

Reacting to the Court’s unanimous decision to reject Mahama’s election petition, Mr Blay said, “We are not too excited we knew the result will be what it is because we were convinced they had no good case.”

His comment comes on the heels of the Supreme Court’s unanimous decision to dismiss the 2020 election petition filed by former President John Mahama.

At the end of the two-hour court proceedings, the 7-member panel Justices unanimously ruled that the election petition before the court be dismissed as it is without merit.

The apex court also denied the petitioner, John Mahama the request for a re-run of the 2020 Presidential elections.

Mr Blay admonished the petitioner and his party supporters not to cause an uproar after the unanimous decision by the apex court to dismiss his petition.

“We should build this country together. We want to rely on their goodwill, they should not destabilise this country by going away to other places saying things or doing propaganda that will make people lose confidence in themselves and in our own country,” he said

Meanwhile, the former President has not made any public speech after his defeat but has assured to address the nation at 5 pm on Thursday from his office in Cantonments.

DISCLAIMER: The Views, Comments, Opinions, Contributions and Statements made by Readers and Contributors on this platform do not necessarily represent the views or policy of Multimedia Group Limited.
Tags:
Election Petition
Freddie Blay
John Mahama
Supreme Court