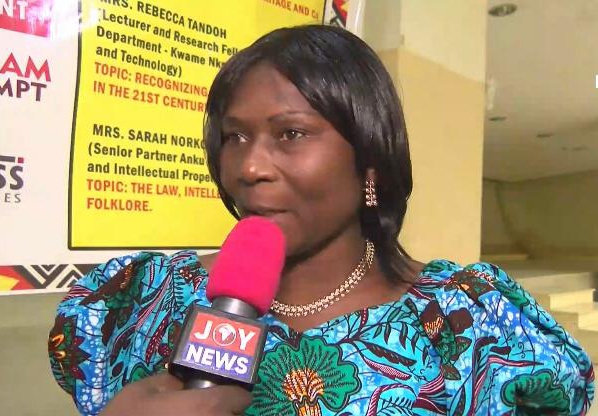 The Ghana National Folklore Board has admitted that it needs to do better in its efforts to appeal to the youth through folklore.

According to its Executive Director, Mrs. Bernice Deh-Kumah, the board has identified some of the reasons why the youth find folklore unattractive. She intimated some of these reasons during the 2022 World Folklore Day summit at the National Theatre on August 22.

“It’s possibly because of technology. [The youth] assume that the way we package our folklore is not meeting the current trends”, Mrs. Deh-Kumah opined. She also mentioned that the National Folklore Board has identified that the youth cannot be blamed, because at a very young age, many are not educated on folklore and its importance.

Deputy Minister for Tourism, Arts and Culture, Mark Okraku Mantey who was present at the summit, also shared his thoughts on the matter.

“I was not interested in folklore [while] growing up, and it’s because we didn’t make it attractive enough. It wasn’t something that had some degree of advertisement”, he revealed.

However, the National Folklore Board tells Joy Entertainment that it is taking significant steps to change the narrative.

Mrs. Deh-Kumah revealed that, “we have established clubs in 15 schools in Accra and we intend to go to all the regions, so that we educate them from the ages of 5”.

She also mentioned the board’s intentions of fusing folklore into technology to appeal to the youth.

Mr. Okraku Mantey buttressed her point, saying “there is a way to sell products to [the youth]. We must customize them to fit the youth…every generation has a way of accepting or adapting to products… You don’t sell pork to a Musilm”.

The National Folklore Board marked this year’s World Folklore Day with a summit themed; ‘Igniting the interest of African youth in folklore for sustainable development’.

The summit was organised to also hold talks with members of folklore boards from Namibia, Gambia and Togo, with an aim of promoting and preserving culture and heritage of mutual interests.